Families are willing to pay as-usual prices for digital and outdoor arts events, but organisations' offerings must meet their specific needs, researchers say. 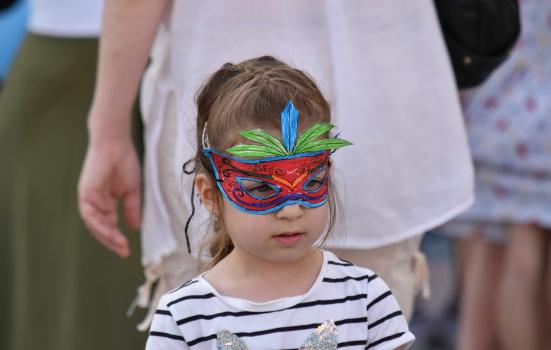 Families are an "engaged and receptive audience" who could support the arts sector's recovery, new research suggests.

A survey conducted by cultural sector consultancy Indigo and the Family Arts Campaign that included nearly 2500 'family bookers' showed this demographic was more willing to pay as-usual prices for digital activities like art classes and choir rehearsals, in spite of a third of them having less disposable income due to the Covid-19 lockdown.

This group also showed a higher interest in outdoor arts events than the rest of the 200,000-person study and were less bothered by the possibility of standing for long periods of time. While bad weather would put many off attending, family bookers are willing to try a wider variety of outdoor events and pay the same as they would in a venue.

"Families just go 'yep, whatever it is, do it,'" Indigo Founding Partner Katy Raines told ArtsProfessional.

"I think they see it not as a poor substitute for live experiences, but actually as removing some of the barriers and some of the hassle."

But with reduced income and greater vulnerability to coronavirus (82% compared to 64% of all survey participants), families needed more reassurance that refunds or credits will be available if they cannot attend an event.

During summer, outdoor events were primarily indoor shows on an outdoor stage. But the survey showed that events specifically designed for outdoor settings are attractive to families, Raines said.

"A lot of comments from families about outdoor were talking about how the outdoor experience is more flexible, that children can get up and run around."

More outdoor shows could boost participation by families, half of which attend arts events two or three times a year - less frequently than other survey respondents.

Family bookers' comments suggest outdoor or digital Christmas theatre events will appeal to them, with several participants citing the Christmas pantomime as an annual "highlight " and "family tradition".

Just one family in 10 expects events they have tickets for, largely in November and December, to be postponed. This is "perhaps because it is a seasonal event," the survey report says.

The key to luring in families is interactivity, Raines said. Families do not simply want a digital version of what they could see in a venue, but an event that is specifically designed for them in a digital format.

Respondents to the survey said they were "fed up with screen time" and wanted a more blended approach where presenters acknowledged their presence or gave feedback.

One person said they had enjoyed watching theatre recordings with their primary school-aged children during lockdown - "we have seen plays we would not have been able to afford to go to as a family if at the theatre" - and made tickets and posters beforehand, extending the creative experience beyond the show itself.

But others said they would struggle to get their children to engage with digital shows as they would with live performances. Raines said archived recordings, used frequently by organisations at the beginning of lockdown, were unlikely to appeal as time goes on.

However, family bookers have a more positive view of digital events than other demographics, according to Indigo's research. They were more likely to enjoy knowing that others were watching at the same time and to expect that, while digital experiences differ from live events, they will still be satisfying experiences.

Despite their willingess to experiment with the arts, Raines said families are not always a priority for organisations.

She offered advice to the sector as it pursues recovery: "The first thing I would say is just not to ignore them."

"There were a lot of families who felt that they would be last on the list, that organisations would be focussing on their core audiences first."

She said the "most successful" organisations would be those who capitalised on opportunities to attract families to both digital and outdoor events.