Receiving venues are lobbying MPs to intervene for a fairer share of Lottery funding in the regions. 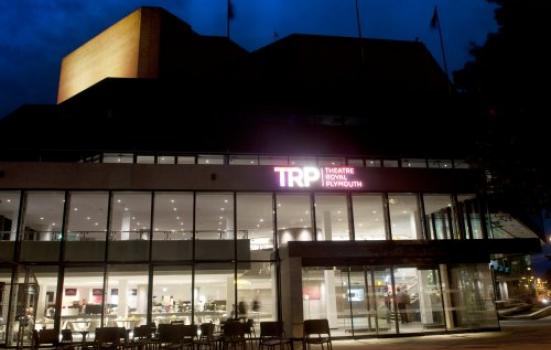 The most senior executives at England’s leading regional theatres have joined forces in a campaign to raise awareness among MPs of the funding imbalance between London and the rest of the country.  MPs of all parties are being asked to press for manifesto commitments to a more equitable distribution of government arts and lottery funding for the 2015 election.  The campaign is the first response by the Touring Partnership – a consortium involving some of the largest producing theatres in the country – to the recent report Rebalancing our Cultural Capital (RoCC), which has revealed that cultural activity in London receives  fourteen times as much taxpayer and Lottery money per head as the rest of England. The consortium’s letter to MPs endorses the proposal of the RoCC report authors, that for a set period Lottery funding should be biased toward the regions, thereby protecting the Grant-in-Aid funding of regularly funded organisations while permitting new artistic work to develop outside the capital, because Lottery funds are currently available on an application-only basis for additional projects. But the consortium  goes further by asking for more involvement by local authorities in funding decisions, to reduce the possibility that London-bias will continue: “…because Lottery funding is administered by Arts Council England, with a declared bias in favour of its existing clients, a mechanism for ensuring consultation with local authorities, to encourage equitable distribution, should be devised.” Touring Consortium members in England are Theatre Royal Plymouth, Norwich Theatre Royal, Theatre Royal Newcastle, Theatre Royal Nottingham, Marlowe Theatre Canterbury, Sheffield Theatres, The Lowry and Cheltenham Everyman, and all have agreed to write to their local and regional MPs to press for political intervention to achieve a more equitable regional funding spread. Adrian Vinken, Chief Executive of Theatre Royal Plymouth, said: “all partner venues agreed that the key message of the report was very clear and so important that we must try to ensure its momentum is maintained through into government policy”.

The impact of the RoCC report continues to ripple through the arts sector and beyond, with What Next? meetings across the country taking up the debate, and bloggers and commentators continuing to publish responses to it. The President of the Museum Association, David Anderson has also spoken out about the experience of regional museums “outside the magic circle of London”, saying “We should not accept the myth that money for London is money for the UK.” The report authors, Peter Stark, Christopher Gordon and David Powell, have published a commentary on Arts Council England’s response to their findings, in which they respond to ACE’s assertion that looking at London’s benefit from arts funding per capita can be misleading as it does not take into account the impact of touring and digital distribution. Calling for more detailed information on the patterns of benefit of touring weeks across the country, they say: “We also acknowledge the importance of touring and of digital distribution as a supplement, but do not see it as a substitute for the rebalanced investment in resources for cultural production outside London that we propose or for the ‘live’ experience of a cultural artefact or performance.”