A new report examining diversity in the arts says change is impossible until there is “comprehensive data” on class. 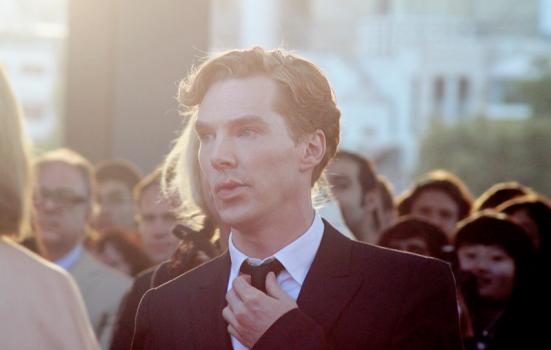 The report notes that although 33% of the population is working class, just 16% of actors are
Photo:

honeyfitz via Visualhunt.com ( CC BY)

Arts Council England should only fund projects that pay performers at least the minimum wage, a major new report by the Labour Party has recommended.

Focusing on improving diversity in the performing arts and tackling a “chronic culture of low pay or no pay,” the report emphasises the importance of reforming education in schools, opening up access to drama schools, and increasing representation in both artistic and non-artistic roles.

It calls for the collection and release of more comprehensive diversity data, blasting current offerings for being “too patchy” and carrying a “big class-shaped hole”.

“Whether looking at actors on stage and screen, or producers or directors or other backstage roles, these industries are increasingly dominated by a narrow set of people from well-off backgrounds,” the report says.

It continues: “If people of colour, or those with disabilities or from a working-class background don’t see themselves on screen or on stage they won’t aspire to be on them, or behind them.”

‘Acting Up’, commissioned by Shadow Culture Minister Tom Watson, notes that although 33% of the population is working class, just 16% of actors are working class, and only 7% of the performing arts workforce is from a Black, Asian or minority ethnic background.

The report presents the findings of an inquiry that focused on the barriers to working in the performing arts at every career stage, in order to find “political solutions to knock them down”.

The findings have an explicit focus on class and the report makes the case for class data to be an essential part of all diversity data collection.

“Until we plug this hole and start producing comprehensive data we won’t see change happen,” the authors add.

This focus makes a marked difference to recent diversity investigations, such as a report last year by the Andrew Lloyd Webber Foundation, which focused on ethnicity.

The difficulties of gaining performing arts training are identified as a key issue, with authors saying there is “considerable anger” at the “expensive and non-centralised” application process at drama schools, which charge audition fees of up to £100. By comparison, it notes, interviews at university are free.

“Particular complaints were voiced from unsuccessful applicants who felt that they were charged a significant amount of money to audition and then were given no feedback when they were unsuccessful,” the authors write.

“Some also felt that drama schools used this process as a money-making machine, repeatedly auditioning students for a fee, knowing there was little chance the student would be successful.”

The report also expresses concern about actors’ treatment within these schools, finding a lack of financial support and instances of “exclusionary practices” that lead to ‘diverse’ students dropping out.

Post-drama school, the report laments the “chronic culture of low pay and no pay,” which means “all but the most well off” are forced to find work in other industries to support their acting.

It points to union Equity’s most recent survey, which found 67% of its members earned nothing or under £10k per year. It adds many are forced to take jobs that do not allow immediate flexibility, and those with families or caring responsibilities are “forced out even quicker”.

In response, the report calls for HMRC to launch a review of minimum wage enforcement in the arts, but also calls on ACE to change the way it supports projects.

“Shows in which a budget is allocated for venue and equipment hire and management costs, but not available for performer wages, should not be funded,” the authors write.

Another of the report’s key recommendations is to “revamp” the English Baccalaureate (EBacc), given this has “led to the systematic marginalisation of arts subjects, particularly drama,” and for Government to increase funding for school visits to the theatre.

Recent analysis has shown the EBacc is squeezing the arts out of schools, reinforcing subject hierarchies and increasing student disengagement.

AP asked Labour for clarification on the nature of such a ‘revamp’, but the party failed to reply by the time of publication.