The coveted year-long cultural festival is “finally coming to south east London” in 2021 and to Croydon in 2023. 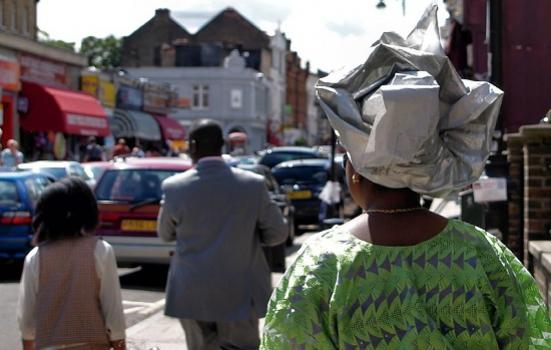 Areas like Deptford, pictured, will benefit from Lewisham's year as Borough of Culture.
Photo:

Lewisham and Croydon have been named as London Boroughs of Culture for 2021 and 2023.

The announcement from London Mayor Sadiq Khan sees the award shift south of the Thames after the inaugural Borough of Culture in Waltham Forest last year and Brent’s turn with the title in 2020.

“Lewisham is home to so many arts and so much creativity and a wonderful community, and we really need artists more than we have ever needed them.”

He said Lewisham Council’s bid ‘Cultural Activism’ will tackle “critical issues” like climate migration and immigration. A tribute to The Rock Against Racism movement of the 1970s and a climate change carnival are among the local authority’s plans for 2021.

Lewisham and Croydon will each receive £1.35m to deliver their Borough of Culture programmes.

Both Lewisham and Croydon bid unsuccessfully for Borough of Culture in 2019. Gavin Barlow, Chief Executive and Artistic Director of The Albany, a lead partner in Lewisham 2021, said losing out last time was key to its success this time around.

The borough instead received a Cultural Impact Award, part of the Borough of Culture programme, to produce local festival Age Against the Machine. Through that, “we defined what we wanted and how we wanted to do it,” Barlow said.

‘Cultural Activism’ will be delivered entirely by Lewisham-based organisations. Three artists-in-residence – one working within the Mayor of London’s team – will guide its development and help effect lasting change locally, as well as in the wider cultural sector.

Barlow said the winning bid was “an unusual case of a council and a local borough working closely together – which you don’t always see”.

“Lewisham is a place where activism has a really strong energy, so we wanted to build on that … It felt very authentic; it felt like it was building on what’s strong in Lewisham, building on our own strengths.”

Croydon Council Leader Tony Newman said its winning bid was centred around the borough’s youngest residents: “We have 937,000 young people in Croydon and they are going to lead this award … this award is for them.”

‘This is Croydon’ focuses on sustainability. Commissions and events planned for 2023, such as a ‘reuse and recycle’ fashion show, will be themed around “progress, nature, inclusion and growth” and aimed at increasing employment in the creative sectors.

Croydon Council created a manifesto for culture five years ago and Newman said he was “proud to lead a borough that’s making that a reality”.

From “the smallest theatre” to blockbuster events like a recent pop-up concert by rapper Stormzy, and “a rich musical heritage as the birthplace of punk, grime and more”, the borough has a diverse culture to celebrate, Newman added.

“We’ve seen from their bids that Lewisham and Croydon are brimming with great ideas … their amazing events will shine a spotlight on the rich culture, heritage and hidden gems in their boroughs.”