London’s boroughs are relying on Arts Council England to make good a shortfall in their own arts funding relative to local authorities across the rest of England. 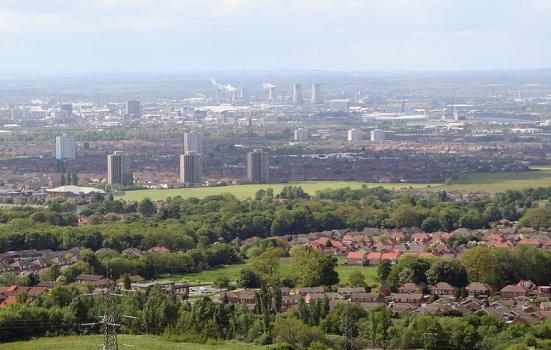 Middlesbrough, where spend per head on culture & heritage was £28.28 last year
Photo:

£32m a year could be released from Arts Council England’s (ACE) regular funding of London-based National Portfolio Organisations (NPOs) if London’s local authorities were to match the funding proportions contributed by councils to NPOs across the rest of England. AP’s analysis of ACE’s latest figures (2012/13) shows that, whereas outside the capital councils contribute 8.6% of the revenues at NPOs, London’s NPOs receive an average of just 3.7% of their total income from their local authority.

The 32 London boroughs plus the City of London Corporation and Greater London Authority currently contribute £25m a year to the capital’s NPOs, but this figure would rise to £57m if they were to match the funding proportion contributed by the local authorities in England’s regions. Conversely, if councils across the rest of England were to cut their support for NPOs to match London, a £29m black hole would open up in regional arts funding.

Further evidence shows that the London local authorities that are home to the most NPOs are likely to spend significantly less per head on ‘culture & heritage’ than their equivalents outside the capital. Among England’s 20 councils with the highest numbers of NPOs in 2013/14, those outside London spent an average of £13.91 on culture per capita, while those within the capital spent just £2.94.

Local authorities’ arts funding is primarily categorised as 'culture & heritage' spending, on which this analysis is based, although in some authorities small amounts may be recorded under other budget headings. Nonetheless, this latest evidence is highly indicative that low levels of arts funding by London’s councils are a very significant contributor to the acknowledged funding imbalance across England. Although ACE Chair Sir Peter Bazalgette has repeatedly blamed the arts funding crisis on cuts to local authority budgets across the country rather than a funding bias towards London, this analysis raises questions as to why ACE has been less successful at leveraging match funding from local authorities in London than it has elsewhere.

An examination of culture & heritage spend per head of population reveals that only two of London’s local authorities – the City of London Corporation, and the Royal Borough of Kensington and Chelsea – appear among England’s top 100 funders of culture, while twelve appear in the bottom hundred, including Westminster and Wandsworth, which have culture & heritage budgets of zero. 13 councils across the rest of England also have budgets of zero, including Somerset’s two unitary authorities and the Metropolitan Borough of Wigan, with a population of over 300,000. In 2013/14, average spend per head* in the capital was £3.80, while across the rest of England it stood at £4.34.

As England’s top local government arts funder, the City of London Corporation is an anomaly, having spent £27.2m on a resident population of just 7,600 people, equating to a spend per head of £3,555 in 2013/14. The unique characteristics of this tiny borough, which only covers London’s ‘Square Mile’ commercial and financial district, mean that it is out of step with the rest of the England. Middlesbrough is the second most generous culture funder, spending £28.28 per head, followed by Exeter, Hull, Manchester, Eastbourne and Cheltenham, all of which spend more than £20 a head. By contrast, Kensington and Chelsea, ranked second in London, spends £17.65, while Croydon, ranked third, spends just £7.37.

The failure of London’s local authorities to give the levels of support to culture seen elsewhere in England is compounded by the way they are implementing budget cuts, with council cuts in the capital marginally outpacing those in the rest of England. Whereas culture & heritage funding in England’s regions has fallen by 26.4% since 2010/11, the equivalent figure in London is 27.7%. Libraries have fared better than culture, with spending falling by 19.3% in London and 16.9% elsewhere. Despite evidence that services like libraries, for which councils have statutory responsibilities, are better protected from disproportionate cuts, Culture Minister Ed Vaizey has rejected the idea of giving local authorities statutory responsibility for the arts. He told the recent Select Committee inquiry into Arts Council England that such a move would take away councils’ autonomy and potentially lead to a ‘tick box’ approach to the arts that would bring no benefits.

These figures all add weight to the suggestion that London “could do more to help itself”, which was among the findings of the report ‘Hard Facts to Swallow’ by GPS Culture, the team that first drew England’s regional funding imbalance to wider attention. They said: “Our research suggests that London has the manifest capacity to do more for itself and should be asked to do so at a time of national austerity that impacts to a greater extent in the regions than in the capital itself. This might also form part of a new cultural compact to be negotiated between England and its capital city.”

Clear evidence of the extent to which some local authorities are failing to do their bit to support the arts has the potential to create a political storm, following the publication earlier this month of the Select Committee report in which MPs concluded that the capital receives a share of arts funding which is “out of all proportion to its population” and that comes directly from the pockets of tax payers and Lottery players in other parts of the country. The Committee upheld that ACE “should also be far more robust with local authorities, especially those like Westminster that do little to support the arts themselves,” saying: “There is little point in pumping public money into areas that do not particularly want or need it, or do little themselves to support the arts.”

In its response to the Select Committee report, ACE vowed to use its “on the ground expertise and knowledge to build connections and broker partnerships around the country that deliver strong cultural engagement”. AP asked ACE to comment on the measures it is taking to encourage London’s local authorities to match the levels of arts funding being committed by councils across the rest of England. Chair Sir Peter Bazalgette responded: “There is no one-size-fits-all formula with how to work with local authorities and reduced budgets are a real problem. We absolutely applaud the efforts of authorities that are fighting to keep culture at the heart of communities and I think we’ve been very clear how disappointingly short-sighted it is when they don’t.

“Many organisations based in London, and specifically in Westminster, have a regional, national and international role – they are not just for the citizens of that tiny borough so simplistic postcode point scoring misses the target. Also specific to Westminster is the fact that their budget was already a small one; a legacy from when GLC funded organisations came to the Arts Council in the 1980s.

“The real issue is what is happening in other local authorities around the country. Our capacity to leverage change, where local authorities are considering their cultural budgets, comes directly from our ongoing relationships with them and it is through these partnerships that we will address the challenges and issues they face in allocating these budgets and keeping arts and culture at the top of their agendas.”

*Calculated using the median, the most reliable measure of average for data sets with significant outliers such as City of London

How much does your local authority spend per head of population on culture?

Find out in our table, which examines 2013/14 culture spend by all of England’s 354 local authorities in the context of the latest population data published by the Office for National Statistics.

Perhaps it would have been appropriate to have written that Libraries "ought to be" better protected due to their statutory status? It is estimated that since 2011 almost 300 libraries have closed and at least 400 have been, or are being, transferred to volunteer management. More than 4000 paid and trained library workers have lost their jobs, at least 900 of these in London alone. The threats to all public libraries were raised in a recent Westminster Hall debate in Parliament and specific reference made to Barnet as a London Borough slashing its provision. You will find Ed Vaizey's responses illuminating (Hansard). There are examples of a lack of any "protection" beyond the capital - in Leicestershire, where the county council has opted to transfer 36 of its libraries to volunteers, Staffordshire which will divest 24, and North Yorkshire a further two dozen. As you mention Ed Vaizey MP, Culture Minister, it is worth pointing out that on behalf of the DCMS, he has officially responded in the negative to all formal appeals for statutory intervention (libraries) with 'not minded to intervene' letters! So, I wish you luck with your quest for the extension of statutory status to the rest of the Arts. Evidence, from this government at least, suggests that there's a vast difference between enjoying statutory status and actually seeing it applied. The above does not mean your aims to protect the Arts should not be pursued. In principle, at least, statutory protection means something. You might even be able to force the DCMS to set up an independent review into the matters that concern you. Earlier this year they and the DCLG commissioned just such a Review, to report on what's happening to the Library Service in England. William Sieghart's report is now sitting on Ministers' desks - but, bafflingly, it has still not been published. Kicked into the long grass? All the foregoing should alert you to the struggles you face.