The latest AP survey reveals overwhelming support for more cultural production outside the capital, but the sector is less united on how funding balance can be achieved across England. 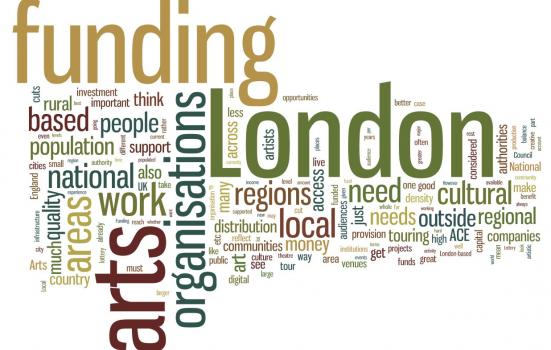 Nine out of ten of arts professionals are broadly in favour of more cultural production being based outside London, according to the findings from AP’s ‘Pulse’ survey, ‘Regional arts funding – getting the balance right’. 82% of the 645 respondents who completed the survey are ‘definitely’ in favour, and a further 11% ‘probably’ in favour of this being a funding priority for Arts Council England (ACE). Whilst there is a significant difference between the views of those living in London and those living elsewhere in England, three-quarters of Londoners are in favour of this as a funding priority, more than half ‘definitely’ so.

Responses to this question are in marked contrast to responses to some of the other issues explored in the latest AP ‘Pulse’ survey, conducted amongst arts professionals earlier this month. Attitudes to touring, digital distribution, the funding of ‘national’ organisations, ‘per capita’ Lottery funding and reaction to local authority cuts are much more varied, and one respondent summed up the views of many by describing the regional funding balance as “a complex issue [with] no easy answers that will secure good redistribution.” Touring is considered by many to be an important funding priority but opinions vary as to the best model for that: there is some support in London and in the regions for more touring of London-based work, but equally there are serious concerns in the regions that this would be to the detriment of local artists in the regions. Less support is evident for prioritising the funding of production for digital distribution. This is widely seen as a poor relation to the live experience, though its value as part of a mix is recognised. The impact of the loss of local authority funding is of more concern outside London than in the capital itself, but despite fears that using national funding to compensate for Council cuts would be a slippery slope and let local funders “off the hook”, a clear majority are in favour of targeting support to areas that have suffered badly from this. Opinion is similarly split over allocating Lottery funds on a per capita basis, a strategy which is broadly favoured, though there are widespread concerns about how this would be implemented and the impact it could have on rural areas.

Ongoing debate about the right formula for a fair geographic balance in England’s arts funding was sparked by the publication in October 2013 of  ‘Rebalancing our Cultural Capital’ (RoCC), an independent report revealing that spending per head on culture in London is nearly fifteen times greater than in the rest of England in 2012/13. The report calls for the re-distribution of arts Lottery funding to enable more work to be produced outside London. Responding to the survey findings, Christopher Gordon, co-author of the report, said: "This overwhelmingly favourable 93% backing for ‘more cultural production based outside London’ is very heartening.  It provides massive professional endorsement from across England (London respondents included) for this RoCC Report recommendation.  We would now want to emphasise our other key related recommendation, that the authority for initiating proposals and the location of final decisions on funding for these specific investments should be regionally located and sit alongside new arrangements for economic regeneration, such as the Local Economic Partnerships.”  Recalling an earlier Pulse survey that showed only 26% in the sector support the use of Lottery money to fund England’s National Portfolio Organisations, he continued: “this seems to further strengthen the case for vigilance over maintaining  ‘additionality’ as a core principle of Lottery funding.” ACE Chief Executive Alan Davey said: “Like the respondents we would like to see more cultural production starting outside of London. Our role is to direct our investment strategically, with programmes such as Creative People and Places, a £37m initiative designed to inspire artists and organisations to develop and evolve their work, to build capacity in the regions to the benefit of the whole arts and cultural ecology across the entire country. We created our ten-year strategic framework, recently re-published as Great Art and Culture for Everyone, to represent the collective interests of the arts and cultural sector, the public and politicians. The strategy is about quality, ambition and greater reach, and it gives us a strong framework to work to. We will continue to work in partnership with the sector and local authorities as the nation’s champion of arts and culture, to ensure reach and to maintain a healthy and diverse arts and cultural ecology across England.”