The decline in the take-up of arts subjects at GCSE has increased five-fold over the past year, coinciding with a dramatic rise in young people studying EBacc subjects. 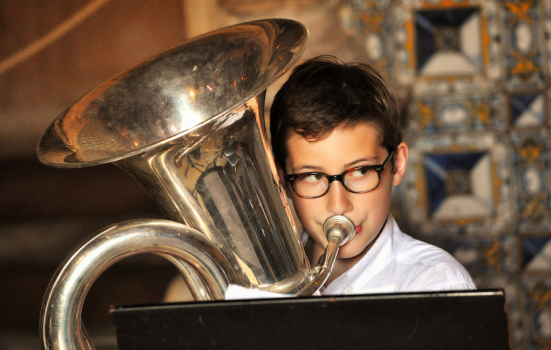 Entries for GCSEs in arts subjects have fallen by 46,000 this year compared with last, according to new figures recording England’s exam entries for 2016.

The drift away from arts subjects is gathering pace. This year’s loss is more than five times the size of the loss in 2015, when candidate numbers fell by 9,000.

According to official statistics published by exam watchdog Ofqual, the number of GCSE exams being taken in art and design subjects, design and technology, drama, media film and TV studies, music, and performing/expressive arts have all fallen since last year.

The total number of GCSE entries in all subjects this year has grown by 0.3%, but over the same period, exam entries for arts subjects have fallen by 8%.

The steep decline is in sharp contrast to some other GCSE subjects, notably those included in the English Baccalaureate (EBacc) – the suite of subjects on which the Government judges school performance, which excludes arts subjects.

Between 2015 and 2016 the number of candidates for science subjects grew by 105,000, and for history and geography by 33,000. The popularity of languages continued to decline, but the rate of decline eased significantly with only 9,000 fewer candidates this year compared with last, when entries were down by 26,000.

A levels under threat

The falling take-up of arts GCSEs has already started to spill over into A levels. There were 4,300 fewer candidates for A level arts subjects this year – a decline three times bigger than the 1,500 recorded in 2015.

Here too the decline was felt across the board. All arts subjects have seen lower candidate numbers, although art & design accounted for more than a third of the losses. Media film and TV studies lost the fewest entries.

The new figures are raising serious concerns for the future of arts in schools, not least because the EBacc – which was first introduced as a school performance measure in 2010 – is set to become a compulsory element of the secondary curriculum in September. They add fuel to fears that this could prove to be a catalyst for an even steeper and faster decline in the uptake of arts subjects in schools.

Leading arts professionals including Julian Lloyd Webber, Tamara Rojo and Creative Industries Federation Chief Executive John Kampfner recently condemned plans to implement the EBacc in a letter to The Telegraph, saying it will restrict opportunities to take “rigorous, challenging GCSEs in a range of creative, artistic and technical subjects”.

Commenting on the latest figures, Kampfner said: “This new analysis is alarming and further confirms a longstanding trend that EBacc is clearly exacerbating.

“For a sector already suffering skills shortages, undervaluing and excluding creative subjects has major ramifications. The impact will not only be felt by the creative economy but also by other sectors, such as engineering, that desperately need some of the same skills.

“Although it is possible to take up jobs in our sector without exam results in creative subjects, it is much harder and potentially more expensive to do so, which obviously further diminishes the chances for young people from more disadvantaged backgrounds. There are many people who are not academic in a traditional sense and who would struggle with the EBacc yet are thriving and excelling today in careers from fashion to video games. If creative subjects are increasingly painted as an ‘optional extra’ to a more traditional core curriculum, these are some of the people who could be lost in future.

“The Government is already focusing funds for teacher training on EBacc subjects and the provision of creative subjects will be further hit if schools are not offering them at exam level. The fact that academies do not have to offer any arts or creative subjects to be seen as ‘outstanding’ further demonstrates that this is not being taken seriously.”

More than 100,000 people have signed a Parliamentary Petition opposing the exclusion of art, drama, music and other creative subjects from the EBacc. This has triggered a debate on the issue in Parliament, due to be held on 4 July.

Last year Education Secretary Nicky Morgan assured the arts sector that there is nothing to fear from the EBacc, and more recently Schools Minister Nick Gibb rejected the inclusion of arts subjects in the EBacc, saying “The claim that EBacc squeezes out the arts at GCSE is quite simply wrong”. But the latest figures will cast new doubts on his claims.

Deborah Annetts, Chief Executive of the Incorporated Society of Musicians, which manages the ‘Bacc for the Future’ campaign, is urging the Government to withdraw its EBacc proposals. She told AP: “This is history repeating itself; when the EBacc was originally proposed, we saw the same adverse effect.

“These new figures confirm the direction of travel of the Government’s EBacc policy, namely to reengineer the education offered by schools. The only problem is that this is totally at odds with what the UK economy and the creative industries need.

“David Cameron himself said that the creative industries are the ‘driving force of the UK’, and George Osborne described the arts as ‘one of the best investments we can make as a nation’. The EBacc plans not only make it much more difficult to deliver the aspirations of the Treasury, but are also contrary to the obligation to offer a full and balanced curriculum to secondary school pupils. The threat to the pipeline of talent should not be underestimated: it contributes £84.1bn a year to the UK economy.”

The publication of the 2016 exam entry data coincides with a new report by Nesta and the University of Sussex, revealing the impact of interdisciplinary skills on a firm’s performance. ‘The Fusion Effect: the economic returns to combining arts and science skills’ analyses the contribution of employees’ science and arts skills in relation to companies’ performance. Those that combine both arts and science disciplines within their workforce were found to deliver 8% higher sales growth than science-only firms.

Hasan Bakhshi, Director of Creative and Digital Economy at Nesta, said: “This research reveals that firms in possession of a mix of arts and science skills perform better than those with science skills alone. The UK is blessed with a large number of these firms, no doubt helping to explain the strength of its creative economy. Education should build on this strength by making it easier for young people to pursue a combination of arts and science subjects.”