Culture must become an integral part of EU policy, says the European Parliament - and artists should be free to move and support inter-cultural dialogue. 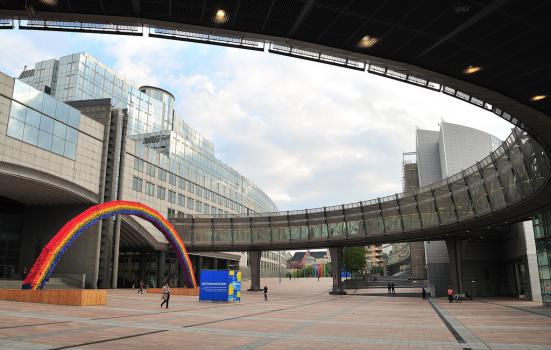 The European Parliament has called for the simplifying of visa procedures for artists and culture professionals and for a renewed commitment to international artistic projects to ensure that culture becomes “an integral element of external EU policy”.

In adopting the “Ward Report”, put forward by Labour MEP for the North West of England, Julie Ward, the Parliament calls on European Union (EU) representations around the world to appoint cultural attachés and to address cultural diversity in the audio-visual and cultural industries.

In addition, the European Union National Institute for Culture, created to promote European values and cultural diversity inside and outside the EU, Creative Europe and the LUX FILM PRIZE – a “vehicle for debate and reflection on Europe and its future” – are recognised and championed as tools for supporting positive inter-cultural discussion.

The report builds on a 2015 declaration by Education Ministers across the EU to promote the common values of freedom, tolerance, non-discrimination and dialogue between cultures.

Ward commented on the success of her report, saying that the Parliament’s new focus on culture would help unite people of all backgrounds: “…when people come together and talk honestly and share in each other's culture, they learn that we're all human beings with common aspirations and concerns. That's the bottom line."