Competing UK cities will continue with their bids, despite a lack of reassurance from organisers Creative Europe that the UK will remain a host country in 2023. 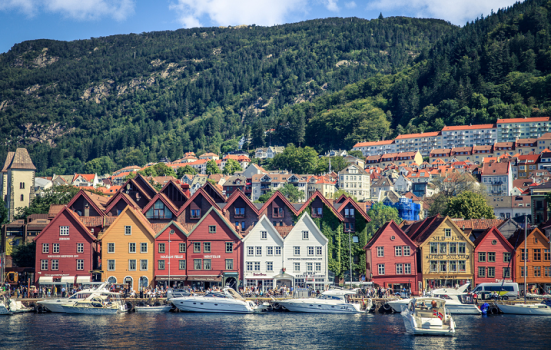 The three cities preparing bids to become the European Capital of Culture in 2023 will continue with their campaigns, despite uncertainty about whether the title will pass to the UK in the wake of the decision to leave the European Union.

Explaining their reasons, the campaign teams in Milton Keynes, Dundee and Leeds cited examples of previous winners from outside the EU as inspiration for continuing, such as Bergen in Norway and Istanbul in Turkey, adding that the bid process alone would be beneficial for their cities.

A spokesperson said: “Our services to the UK’s creative professionals continue as usual and prospective applicants to Creative Europe are encouraged to get in touch with us for advice and join us for our forthcoming events.”

Leader of Milton Keynes Council Pete Marland said the city would continue with its bid, for which the campaign has a budget of £150k.

He said: “The European Capital of Culture (ECoC) has been held outside the EU before, so I’d hope that with bids expected to be next year while we are still a member, the UK ECoC year will still go ahead.

“Milton Keynes is an outward looking international city and we want to continue our bid and help foster a new relationship with our neighbours, and cultural ties are hugely important. We are hoping to encourage the UK Government to support the continuation of the UK ECoC year during any Brexit discussions.”

Ken Guild, leader of Dundee Council, emphasised the connection between Scotland and Europe as one reason for continuing Dundee’s bid: “There is a considerable groundswell of support from the creative community in the City who were energised by our highly acclaimed bid for the UK City of Culture.

“Dundee and indeed Scotland as a whole gave an overwhelming endorsement of our EU membership and this fact has already received much favourable comment throughout Europe.”

Phoenix Dance’s Artistic Director Sharon Watson, Chair of the Independent Steering Group for Leeds’ bid, said she was involved in discussions with the organisers of the initiative and partners across the sector to ensure that eligibility to bid for the European Capital of Culture title is included in the exit negotiations.

She said: “Having considered the advice that we have received at this stage, and the positive impact of the bidding process in Leeds to date, the city remains committed to a bid for European Capital of Culture 2023 and will continue with the preparations over the coming months.

“Regardless of political alliance, Leeds continues to be a European city, hosting and exporting work across the continent and working with partners across Europe in cities such as Dortmund, Brno and Lille. These strong relationships will continue across the artistic community in the city.”

It seems unlikely that Cardiff will go ahead with its bid, despite an initial campaign receiving support from Arts Council Wales (ACW) Chair Phil George. An ACW spokesperson told AP that the Arts Council was not aware of anyone putting together a bid for Cardiff, and “no official committees have been formed and no formal submissions have yet been made”.

Both Turkey and Norway, previous hosts for the European Capital of Culture, are participants in the Creative Europe programme despite functioning outside the European Union (EU). It is ultimately for the UK to negotiate the terms of its withdrawal from the EU, which could potentially include continued membership of Creative Europe, and therefore continued access to cultural funding and initiatives such as the European Capital of Culture.

In the past two years, 95 cultural, creative and heritage sector organisations in the UK have received €11.3 million through Creative Europe’s Culture sub-programme.

In his first statement since the vote to leave the European Union Culture Secretary John Whittingdale MP echoed that there would be “no immediate changes” and that the UK would continue to work with its European neighbours.

He said: “DCMS will work closely with all of our sectors to make sure they have a voice as we now prepare for a negotiation to exit the EU. Our sectors are amongst some of the strongest and fastest growing, contributing 16 per cent of total Gross Value Added to the UK economy.

“We will support our sectors in seeking new arrangements which will maintain our trade relations and encourage them to look for new opportunities across the world.”

Sir Ciarán Devane, Chief Executive at the British Council, said: “As the UK’s international organisation for cultural relations and educational opportunities, the British Council has been working with our European neighbours for over eighty years and we will continue to do so.

“We have always believed in the strength of engaging with multilateral institutions and we will find ways to continue to work in partnership with other European countries and with EU institutions to create opportunities, build connections and engender trust.”