Equity to ‘hold theatres to account’ on sexual harassment

Organisations and venues will be expected to adopt and follow robust policies and procedures on tackling inappropriate behaviour and bullying. 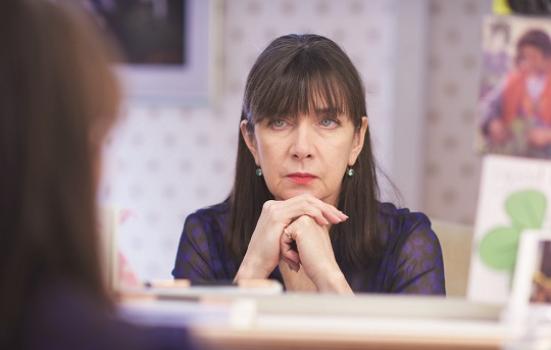 Maureen Beattie: 'We will use these policies to hold engagers to account'
Photo:

The actor’s union Equity has issued a demand for leaders in the performing arts to stamp out sexual harassment and warned it will hold employers to account if they fail to follow their own policies.

An investigation into sexual harassment in theatre, opera, dance, TV and film has led the union to issue an ‘Agenda for Change’. It calls for action to be taken across the industry, by venues, educators, agents and boards of trustees.

The union is encouraging all organisations that work with its members, which include performers and creatives, to adopt robust policies. The union will be referencing these policies in its future contracts and industrial agreements.

The investigation was prompted by revelations of wide-spread sexual harassment, inappropriate behaviour and bullying in the arts, including by high-profile figures.

“Equity not only expects these policies to be put in place but we will use them to hold engagers to account. They must be the levers of real change,” Maureen Beattie, Equity Vice-President, said.

In the report published this week, Equity states it is “the duty and responsibility” of governing boards to do “everything they can to protect and support all their workers, whether employed or freelance and regardless of seniority”.

It says trustees should recognise that “sexual harassment often arises from a misuse of power and status”. It encourages boards to strive for gender balance, inclusion and diversity, and to undergo periodic training on statutory duties and best practice.

According to Equity, policies should cover reporting structures, whistleblowing and grievance procedures for workplace bullying and harassment. They should recognise third party harassment, such as by audience members, donors or support staff, and include clear examples. Employers should publicise their policies verbally and in written materials.

As well as adopting policies – and expecting them of the companies they work with – venues are encouraged to have a trained person to whom concerns can be reported. The report also calls for private changing facilities for performers and adequate security at venues.

Concerns are raised in the report about non-disclosure agreements, and whether they prohibit the disclosure of inappropriate behaviour. The union is encouraging an “open conversation” on the scope and purpose of these agreements.

It is also launching an awareness campaign and a helpline for members who have concerns about bullying, harassment, sexual harassment or mental health.

“We strongly urge everyone to challenge bad behaviour,” the report says. “To intervene is to do the right thing. Laughing off unwanted sexual ‘banter’ and ignoring small slights contribute to fostering an environment where sexual harassment can take place. Witnesses will receive our strong support if they come forward to report what they have seen.

“But it should not be up to brave individuals to make a difference. In this report, we make demands of those who hold positions of authority and manage our industry because they have a duty and responsibility to provide a safe working environment.”