Tokenistic diversity schemes, middle-class professional networks and a heavy London bias in the literary and publishing industries mean nothing less than sweeping changes will be needed for the talent of working class writers to be recognised. 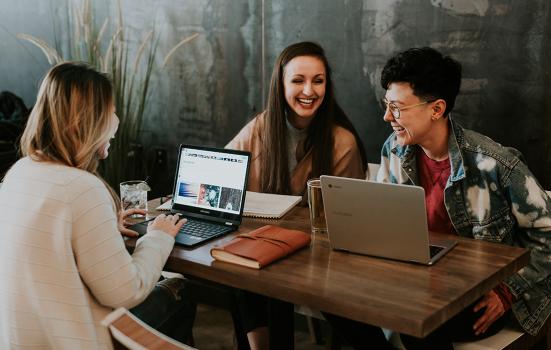 “A lack of social and professional networks have emerged as being key barriers to securing work in literary publishing”
Photo:

The full diversity of voices active in British society is “neither heard nor acknowledged in UK publishing today”, according to a new report highlighting the under-representation of working class writers.

It concludes access is being denied due to the “pervasive barriers” in the literary and publishing industries that place aspiring writers from working class backgrounds at a serious disadvantage.

Written by Katy Shaw, Professor of Contemporary Writings at Northumbria University, the report ‘Common people: breaking the class ceiling in UK publishing’ draws on evidence from the 17 emerging working class writers who took part in a 12-month project launched by writing development agencies New Writing North and Writing West Midlands in 2018. The project offered these writers professional career development opportunities and the chance to be published. Shaw tracked the impact of the project on the participants and her observations – together wider research and reflection – form the basis of the new report.

A lack of social and professional networks have emerged as being key barriers to securing work in literary publishing. There is “general understanding among the new writers that you have to have contacts in the industry in order to get on and to get published”. Yet the peer networks that could provide moral support and feedback on writing for these emerging writers were found by some to be “populated by middle-class people who can be perceived as patronising”. Another described their own experience, saying: “I've met a lovely friendly writer who introduced me to his circle, and everybody knows everybody else: he got his publishing deal through a friend of a friend, he got a newspaper column through a friend of a friend, he got on Radio 4 through a friend of a friend. That's how it's done.”

Experiences of inclusivity and diversity ‘schemes’ in the UK publishing industry have not been universally positive either, with some being described as “tokenistic” and “more of a box-ticking exercise than a meaningful attempt to uncover talent”. Of all the initiatives, mentoring was identified by new writers as the one with most impact, and publishers and agents recognised that it “created a stronger talent pipeline for their businesses, generated new professional networks and explicitly addressed wider industry concerns regarding gender equality and representation”.

The problem of social exclusion is compounded by a heavy London bias, and one participant said: “the more people I meet in the print publishing industry, I realise it is such a southern thing.” The report recommends decentralisation of the publishing industry as key to redressing the inequalities, including public and private investment to establish new publishing ventures outside of London; increased investment in regional writing development agencies; and for literary agents to move outside of the capital and be “mindful of how they are perceived and to develop their own workforces to better reflect society”.

Clearer progression routes into the industry; transparent pay and job opportunities; and accessible recruitment campaigns that enhance diversity among agents, editors and publishers were also found to be needed.

Professor Shaw believes only sweeping changes in the publishing industry will have any impact on the status quo, but if achieved, the impact could be wide-ranging. She said: “Given the financial ripple-effect publishing has on other creative industries and our economy, the Common People research is a vital addition to our thinking at a time when the focus is not only on the global pandemic, but also the looming recession and the growing inequalities that it will bring. There has never been a more vital point at which working class stories and voices needed to be heard in mainstream culture.”