The sector is “on its knees”, the Arts Council of Wales tells a Senedd committee, and invites the arts community to contribute to plans for “lasting and systemic change” post-lockdown. 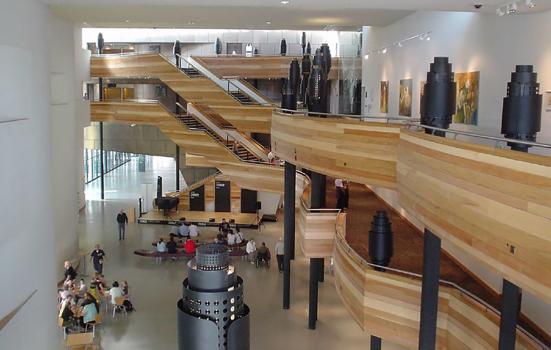 Most performing arts organisations in Wales are "not imagining that they will be back in serious business much before Easter of next year" as the industry is likely to be “the last out of lockdown”, Arts Council of Wales (ACW) CEO Nick Capaldi has told the Senedd’s Culture, Welsh Language and Communications Committee.

Whilst acknowledging the importance of a major donation from the Freelands Foundation and the support and co-operation from the Welsh Government in “helping to plug the gaps where the UK government hasn't been able to help", he nonetheless described the sector as clinging on by its fingertips.

ACW has quantified the losses accruing to its portfolio of funded organisations as being around £1.4m a week, and Capaldi told the Committee that the Wales Millennium Centre in Cardiff could lose £20m in the current financial year.

£2m has been earmarked for ACW’s Arts Resilience Fund which is making grants to individuals and organisations, but only 71% of applicants for the first round were successful. Capaldi attributed the failure of some applications to individuals outside Wales who had applied, but said there had also been “a number of difficult conversations about eligibility” for funding. The criteria required applicants to demonstrate ‘public cultural benefit’, but while acknowledging the value of their work, Capaldi commented that funding ‘boy band impersonators’ would be stretching this definition too far.

£5.5m will be used to support ACW’s 67 core funded organisations, but Capaldi told the Committee that a third of the largest organisations would nonetheless be at serious risk if the furlough scheme were to end and will need "careful support" to survive in the longer term.

Organisations like Chapter in Cardiff, Galeri in Caernarfon and the Wales Millennium Centre, which obtain less than 20% of their funding from public sources are the worst affected, he said, and cash flow has been a serious problem.

Asked what the cultural sector will look like in Wales after the crisis, Capaldi said: “smaller and more focused”.

He sees arts organisations and practitioners being more closely engaged with local communities in the future, saying that the most astute had been reacting to the current situation by thinking seriously about their audiences and asking the question “who do we want to get close to?”

New ways of working will inevitably follow, he said, and predicted that organisations’ survival will depend on high levels of support from communities, whether they be local communities or communities of interest such as ‘opera enthusiasts’.

He also sees an urgent need for the sector to stop ‘super-serving’ enthusiasts for the type of work currently being produced at the expense of others. “We can’t go on appealing to the 6% only”, he said, and commented that the future would have to see the 94% served better.

The increase in digital work that has characterised the lockdown period has led to wider audiences being reached, but this has had its pros and cons, said Capaldi, who commented it has produced “some less good work” and the question remains of how to monetise online content.

In terms of structures, Capaldi believes the dawn of a “new era and new spirit of collaboration” is coming and is expecting major organisations to collaborate to produce work which will have an extended life through more touring.

Although being in “emergency mode” is likely to continue for some while, ACW is already turning to the arts sector and others in Wales to contribute their thoughts and ideas on how things should be refocused after current restrictions are lifted.

ACW Chair Phil George said: “Having put our emergency response in place in a few short weeks, we’re finally managing to devote more time to addressing the longer-term situation”. But he pointed out that a key challenge will be developing a longer-term strategy while trying to “anticipate the extent to which people’s behaviour will go back to how it was a few short months ago”.

He continued: “… whatever emerges after the pandemic must feel fresh and refocused, rather than a faded shadow of former glories. Could the darkness of this crisis, give us an opportunity to bring about lasting and systemic change and help us get to grips with the urgent need to address issues of equality, diversity and social justice in terms of who is able to enjoy and take part in the arts?”

He concluded saying: “We don’t have all the answers and so we’d like your insights and responses. If you do want to share your thoughts with us, then please e-mail us at coronavirus@arts.wales.”