Theatre has seen a rise in income over the past four years, although the increases are concentrated in the hands of large organisations, a major new report has found. 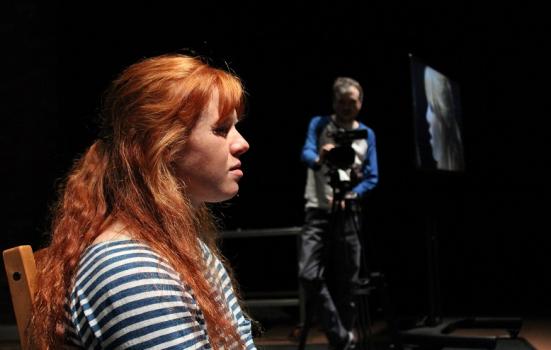 Joanne Haines in Daughter of Fortune - Mind The Gap
Photo:

Ticket sales, earned income and revenues from fundraising have increased considerably for UK theatres over the past five years, although this is increasingly driven by the sector’s largest organisations, a major new report has revealed.

In addition, it says many theatres are becoming “less artistically ambitious” and that mid-scale touring has become “near unaffordable”.

Arts Council England (ACE) has responded to the report with a series of proposals for addressing touring, financial and diversity imbalances, including the creation of ‘producing hubs’ around the country and a ‘guarantee against loss scheme’ to support mid-scale touring.

The report explains how increases in private income have lowered the sector’s dependency on ACE and local authority subsidy, but it points out that a handful of the largest theatres are generating “a disproportionate amount of earned income”.

Large organisations with more than 51 permanent staff generated 78% of all earned income, compared with 21% by medium-sized organisations (11-50 staff) and 1% by small organisations (under 10 staff), despite smaller organisations making up a quarter of all theatres studied.

Similarly, ACE’s analysis found the number of tickets sold by National Portfolio Organisations (NPOs) had risen from 9.1 million in 2010/11 to 13.2 million in 2014/15. The National Theatre and the Royal Shakespeare Company accounted for a third of total ticket sales, nearly tripling their audiences to a combined 4.5 million during this period.

The report, commissioned by ACE and written by BOP Consulting and Graham Devlin Associates, aimed to gain an ‘in-depth understanding’ of the state of theatre production and audiences across subsidised, unfunded and commercial theatre, and the impacts of changes over the past 15 years. It provides a map of the theatre sector, looking at venues, sector output, theatre audiences and regional distribution, and includes discussion of:

The report notes the dominance of London, in terms of activity and population, and the relative “underserving” of cultural offer to the Midlands and the Eastern half of the country.

It found theatre attendance outside London was focused on major urban areas, and explained some of the differences in attendance levels as being related to population size and proximity to venues.

Some aspects of the wider state of theatre are seen as a cause for concern. The report notes that funding constraints are leading some theatres to become “less artistically ambitious”, and mid-scale touring is becoming “near unaffordable”.

Again there is polarisation. Large-scale touring is seen as relatively healthy, supported by strong sales from musicals. A ‘super-venue’ touring circuit has emerged, hosting the biggest shows with high audience occupancy rates and boosting the popularity of large venues, while the availability of quality mid-scale touring is limited and there are calls for more support for touring at both the mid- and small-scale.

The report finds people with disabilities continue to be under-represented among the general workforce and within leadership, and that social mobility “may be regressing”. Although it notes gender distribution is mostly balanced in theatre, it accepts that women continue to earn lower salaries at the highest levels.

“In theatre, as with the arts and cultural sector generally, the NPO leadership and workforce remain unrepresentative of contemporary England,” it says.

“This is particularly concerning given the concentration of most of our theatre NPOs in ethnically diverse metropolitan centres.”

The report finds BAME audiences continue to be under-represented, despite some small recent growth in their numbers – something that is attributed to a lack of diverse programming.

Finally, while the sector is dominated by older people, with the 45 to 74 age range being the largest group of bookers, data shows the age groups with the highest growth rates were from 18 to 40.

In response to the report, Arts Council England has issued five ‘proposals’ which it will test and develop, with a view to strengthening theatre during 2018-22. These include:

Simon Mellor, Executive Director, Arts and Culture at ACE, welcomed the report, although remained aware of the continued challenges: “There is also the critical issue of the fact that the leadership of the publically funded theatre sector remains unrepresentative of the communities that it serves. We believe this is likely to be impacting on talent development pathways, the profile of the wider theatre workforce and, ultimately, on the makeup of audiences.”