Is this the end of DCMS?

The department is refusing to comment on widespread rumours it will be downsized or disbanded in February. 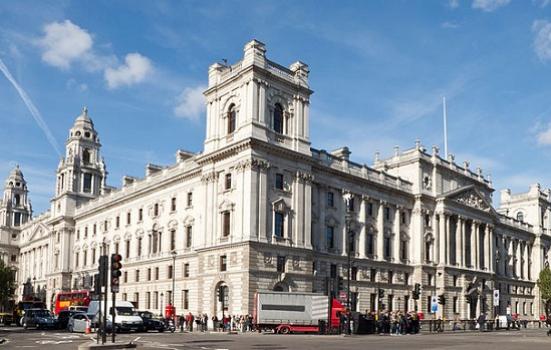 DCMS is in for a shake-up come February 1
Photo:

DCMS has declined to comment on rumours that it will lose oversight of digital and telecommunications policy from next month.

Sources with knowledge of parliamentary and government business believe it is likely the Department for Business, Innovation and Skills will assume responsibility for these parts of DCMS’ remit following a cabinet reshuffle in early February.

The department refused to confirm or deny whether it will be downsized or disbanded.

However, there is widespread speculation the reshuffle will usher in significant changes for DCMS. Other mooted theories include giving responsibility for culture to the Cabinet Office and downgrading culture to a ministerial portfolio within another department. Only a handful of government insiders are thought to be privy to the exact plan.

Debate over abolishing DCMS is not new. In 2013, then-Culture Secretary Maria Miller defended her department against suggestions that this exact restructure could occur. At that time, free market think tank The Institute of Economic Affairs advocated closing down the department completely, claiming it would save the government £1.6bn.

Discussion over the future of the department has recently resurfaced as Boris Johnson’s chief advisor Dominic Cummings plans a shakeup of the civil service. Speculation has been fuelled by the notable lack of cultural policies in the Conservatives’ recent manifesto and Culture Minister Nicky Morgan's elevation to the House of Lords. Morgan's enoblement means she cannot answer questions in the House of Commons, leading to suggestions that her tenure may be intended to be temporary because she would find it difficult to enact any radical reforms in such a position.

The UK’s four nations all assign governmental responsibility for implementing cultural policy in different ways. In Scotland, a government directorate manages culture alongside tourism and major events. In the Welsh government culture is part of the Economy, Skills and Natural Resources group, while in Northern Ireland responsibility for culture sits with the Department for Communities alongside other policy areas including housing and social security.

Some in the sector have suggested the potential end of DCMS would not be disastrous, provided there is a dedicated Arts Minister in another department who can champion culture.

Nonetheless, some creative sector organisations have stressed to Number 10 the importance of keeping arts, culture and digital under the same roof to safeguard the creative industries’ strength.

‘An odd mix of sectors’

Policy researcher James Doeser said the impact of divesting DCMS of its digital and communications responsibilities would depend on what specific sectors might be affected, from tech giants to gaming companies and the BBC.

“Since the days of New Labour, the department has been an odd mix of sectors which sometimes align and sometimes don’t,” Doeser commented.

“The conceit that the subsidised arts are uniquely and inextricably wedded to the commercial digital/tech industry has proven convenient for some in our sector, but [has] not led to the most enlightened policymaking.”

There has also been speculation in the sector that the Department for Education (DfE) could take over some of DCMS’ culture duties come February 1.

Samantha Cairns, Co-Director of the Cultural Learning Alliance, said the advocacy group feared the DfE, despite providing some funding to arts education, had a poor track record of prioritising children’s creativity.

“We would be concerned if the arts and cultural functions of the DCMS were moved to the Department for Education (DfE) as we don’t believe that they would have sufficient profile or priority within the Department … and we believe it would be difficult to champion them from the inside,” she said.

“Any move of DCMS functions must involve a dedicated Arts Minister, a strong commitment to Arts Council England, and a team of dedicated civil service professionals with a brief to understand and champion the full breadth of cultural value.”