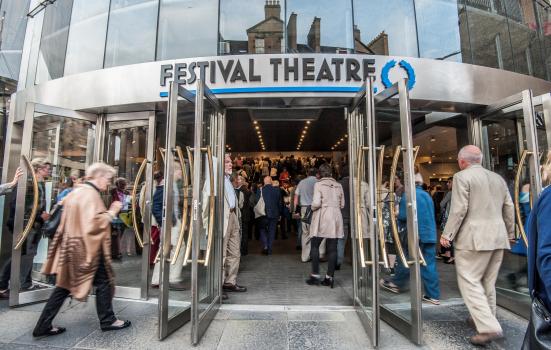 The figures, published in annual reports, were praised by councillors at a meeting of the City of Edinburgh Council’s Culture & Sport Committee this week.

They reveal the Festival City Theatre’s Trust, which operates Edinburgh’s Festival Theatre and Studios and the King’s Theatre, saw an end-of-year profit of £180k – helped by a 40% rise in fundraising income – allowing it to meet reserve targets a year ahead of schedule.

The theatres attracted 420,000 visitors overall, while the proportion of audience members drawn from the local area rose from 61% to 69%.

Usher Hall finished the year with an income of £4m and managed to maintain its 5-star Visit Scotland rating.

Richard Lewis, Edinburgh’s Culture Convener, said: “Edinburgh is a hive of activity at this time of year and one of the best cities in the world to sample live theatre and concerts. These annual results are a reminder that Edinburgh’s cultural success story goes beyond that of the festivals with audiences and producers attracted to the city’s fantastic venues all year round.”

Karl Chapman, Cultural Venues Manager at the City of Edinburgh Council, added: “I think these figures illustrate a thriving cultural scene across our major venues both in terms of attendances as well as participation in our education and community programmes.”