Sound and lighting will be adjusted and movement between the auditorium and the foyer will be encouraged to welcome people living with dementia to the theatre. 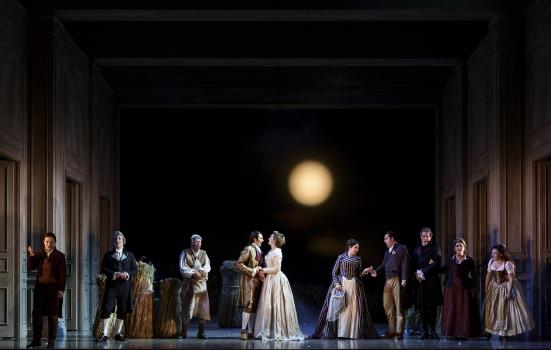 The UK’s first ‘dementia-friendly’ opera performance is scheduled to play at Edinburgh’s Festival Theatre this November.

The abridged version of The Marriage of Figaro - a partnership with Scottish Opera, and supported by the Life Changes Trust - will soften sound and lighting, add a narrator to the stage, and allow audiences to travel freely between the auditorium and the foyer during the performance.

It will sit alongside other access initiatives on the show’s run, including an audio-described performance of the show and a touch tour for audience members with visual impairment.

The scheduled opera performance follows the publication of a best-practice guide to dementia-friendly performances, written by West Yorkshire Playhouse (WYP)’s Nicky Taylor earlier this year. This offers practical advice to venues on which shows to adapt, how to adapt them, and how to organise and think about the new audience.

Commenting on the news, Alex Reedijk, Scottish Opera’s General Director, said: “Scottish Opera is excited to present the UK’s first dementia friendly opera performance, in partnership with Festival Theatre Edinburgh. This initiative builds on the success of the work that both parties have already undertaken to open up access to the arts to people living with dementia, and we are very proud to continue to bring opera performance to a wider audience.”

Duncan Hendry, Chief Executive of Edinburgh’s Festival and King’s Theatres, added: “We’re delighted to be working with Scottish Opera to stage the UK’s first dementia friendly opera. Our work with the Life Changes Trust and all our partners to support people living with dementia is an important part of what we do.”