Arts Council England has confirmed a small cash injection for each of its portfolio organisations in 2020. 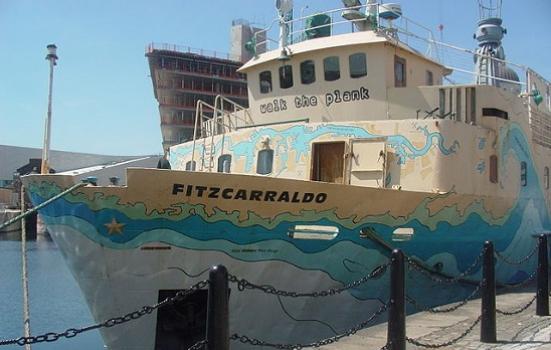 Walk the Plank, a touring theatre ship, will receive an extra £2668 as a result of the announcement
Photo:

More than 800 arts and cultural organisations across England will receive a 1.84% increase to their funding in 2020.

Arts Council England (ACE) CEO Darren Henley said DCMS has confirmed it will receive an extra £7.5m in the next financial year, giving National Portfolio Organisations (NPOs) an above-inflation funding boost rather than the planned 0.4% reduction on 2019/20 levels of grant-in-aid.

Though it is a small slice of the £100m increase to DCMS’ overall annual spending, the settlement will come as a relief to many arts organisations after ACE’s warning that already-agreed funding for 2020 could be cut.

An ACE spokesperson said all NPOs will receive additional funding regardless of whether they are primarily funded by grant-in-aid or National Lottery income.

Organisations informed of the increase on Monday showed their appreciation for the “early Christmas present”. Touring theatre ship Walk the Plank tweeted that it meant an extra £2668 for its work with communities in and beyond Salford.

Oxford Playhouse Director and CEO Louise Chantal also welcomed the funding increase on Twitter: “given the circumstances, this is a huge credit to ACE and a massive relief.”

But the cheer was not shared by all. London Bach Society, not an NPO, expressed disappointment that there was not an increase to National Lottery Project Grants instead.

ACE made two other major funding announcements this week: £10m of Lottery money to bolster its Creative People and Places (CPP) programme and £2.1m for the Designation Development Fund, which makes grants to maintain collections of significance at 28 museums and libraries until 2022.

Spokespeople for the funder said the cash injection for CPP means it can support projects in South West England, an area that missed out in the 2021-24 funding round. Applications open in January for organisations that are part of a local consortium.

The Designation Development Fund accepted applications from libraries for the first time this year. Four libraries – London’s Weiner Holocaust Library and libraries at Durham University, the University of Nottingham and the University of Manchester – collectively received more than £350,000.

Sue Williamson, ACE’s Director of Libraries, was “delighted”, saying the grants will allow those institutions to “conserve and digitise their collections and share them through education, events and exhibitions”.