Professor Gavin Henderson has apologised for “the lived experiences of students of colour” and his racist comments during his time as Principal of The Royal Central School of Speech and Drama. 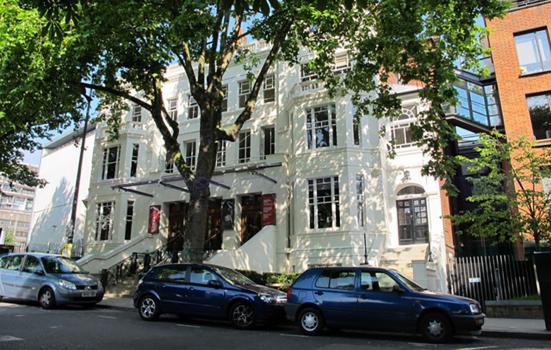 Responding to accusations of racism by students and alumni, Professor Gavin Henderson has resigned with immediate effect from his position as Principal of The Royal Central School of Speech and Drama, unequivocally apologising for “statements he made at Dear White Central in 2018”. He was due to leave in August, but his early departure follows a Change.org campaign calling for his resignation on the grounds that he “is not fit to lead the institution in a 21st Century manner and in a way that tackles current and future issues that the theatre and arts industry faces.”

At the Dear White Central event he was reported as dismissing the idea of implementing diversity quotas, saying: “We have a school to maintain and a reputation to maintain in terms of the standards of who we are engaging”. He later told The Stage: “We want to make this as accessible a school as possible, but there are absolute standards we have to achieve.”

Following the announcement of his early departure, Henderson said: “Our systems failed and I must take ultimate responsibility for that. The comments I made at the Dear White Central event in 2018 have undermined the credibility of Central and the action plan made after that event, and caused lasting pain and damage to the community. I accept that they were racist, and this I will regret forever. I do not expect forgiveness or understanding but I apologize from the bottom of my heart.”

Stepping up as Interim Co-Principals, Debbie Scully and Professor Ross Brown have also acknowledged the School has been complicit in systemic and institutional racism and says it will change.

In a statement, they said: “we are deeply sorry for the lack of effective change and leadership on this matter. Central as an organisation has not been good enough, and we personally have not done enough to ensure it has been as good as it can be. However, saying sorry is not enough. We must act. We cannot turn back the clock, but we can and will effect real and meaningful change at Central.”

They also accept they have “not fully recognised the scale of this issue” and apologise for not acknowledging these problems and taking action sooner. The intend to “not only take personal responsibility for past failures but, as interim leaders of the school, we will ensure Central becomes a beacon of anti-racism within the conservatoire sector.”

The School’s Governors’ Diversity and Inclusion Committee has met on to endorse a series of actions, and will “hold the owners of actions to account to ensure they are delivered.”

These include “setting up and publishing a clear, easy to use, formalised system through which students, ex-students and alumni can directly report real-time and historic lived experiences and accounts”. Central says it will investigate every single complaint of racism we have received, including those in recent days, and do it “in a way that is sensitive to the fact that revisiting traumatic experiences can be re-traumatising for those involved.”