Creative Access, set up in 2012, has placed hundreds of candidates from under-represented backgrounds with organisations including the National Theatre, Tate and Leeds Playhouse. 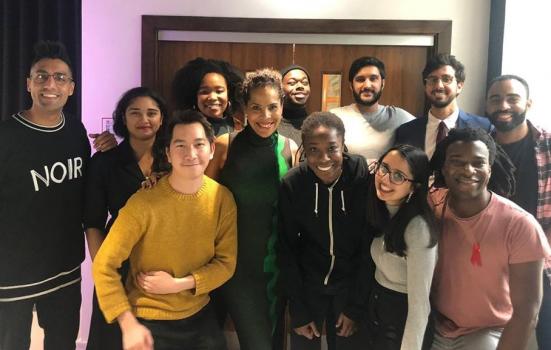 Creative Access (CA), now in its seventh year of operations, has placed hundreds of candidates from BME or lower socio-economic backgrounds in paid internships with over 400 creative organisations – including the Barbican, Donmar Warehouse, National Theatre, Tate and Leeds Playhouse.

The internships last between three and twelve months and include induction training, monthly masterclasses, and access to regular support from a ‘buddy’ who has previously been a CA intern.

Rufus Norris, Director of the National Theatre, said CA’s milestone should rightly be celebrated. “We've worked together since 2015, and more than 20 people have worked with us as interns, placements and employees in all parts of the NT. We can speak first-hand therefore of the difference made by the talent, creativity and drive that the CA participants have brought.”

He added that the theatre’s participation in the programme had also changed how it operated. “We have been inspired by the boldness and ambition of the original idea which has in turn prompted us to our own actions, we've learned from the care that they give to professional development for people early in their careers, and most recently they have delivered training in managing inclusive cultures to more than 300 of our managers, jam-packed with enough wisdom and insight to help us collectively take the next steps.”

The news follows recent evidence of slow progress on diversifying England’s core-funded arts organisations, at which just 5% of staff are disabled and 12% are BME – compared to 20% and 16% of the working population respectively.

And new detailed demographic information on the creative workforce also reveals that people aged 16-19 comprise just 2% of the cultural sector, despite these making up 3.2% of the working population.

CA claims that 89% of its interns – who are also supported by a development programme once they complete their posting – have secured freelance or permanent jobs after completing their internships.

Anthony Lee, who was placed on a CA internship at the Royal Shakespeare Company and is now working as Digital Manager at the Young Vic, said CA had given him an opportunity “that nobody else would” and had created “a network of future leaders across the creative industries”.

“The sense of belonging, the encouragement of one another and the vital masterclasses and exclusive networking opportunities have been incredible to forging our careers and understanding of our areas of work,” he said. “I am now working at the Young Vic Theatre as Digital Manager and it's testament to the work of CA that along with myself, there are many others going from strength to strength in their roles and in careers that were once only dreams.

“We have defied the odds and shown the people that discouraged us from these industries because they are 'too competitive' or 'not for the likes of us'.”