Despite ACE threats of sanctions, most NPOs are ruled to have ‘met’ diversity targets – with only 11 facing exclusion from future funding rounds. 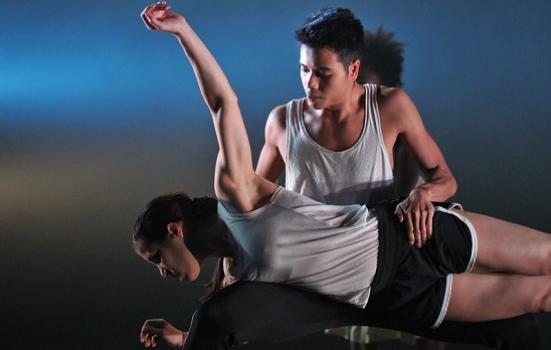 Sandrine Monin and Sam Vaherlehto in a rehearsal for Phoenix Dance Theatre
Photo:

Arts Council England (ACE) says its highest-funded organisations are meeting or exceeding diversity targets despite tiny shifts in their workforce.

The 20 highest-funded National Portfolio Organisations (NPOs) for which data is available  increased their Black and Minority Ethnic (BME) and disabled workforce by an average of 1.5% and 2% respectively over the three years to 2017/18. The proportion of women working at these institutions grew by 6.5% over the same period while the LGBT workforce, which has only been recorded since 2016, fell by 1%.

High-profile organisations such as the Royal Opera House, English National Ballet, Opera North and Liverpool Philharmonic all received ‘met’ or ‘strong’ ratings in ACE’s recent Creative Case for Diversity rankings. Workforce diversity does not count towards the ratings, but the diversity of the people involved in artistic programming does.

ACE says all Band 2 and 3 NPOs must reach a ‘strong’ rating by October 2021 as part of their funding agreement – 94 organisations in total are sitting on a ‘met’ rating.

But they won’t lose funding if they don’t. Only the 11 NPOs that received a ‘not met’ diversity rating are at risk of being barred from future funding rounds, ACE has confirmed.

Those 11 NPOs are all Band 1 organisations so they aren’t subject to the October diversity deadline.

ACE’s latest Equality and Diversity report shows staff diversity at the highest-funded NPOs has lagged behind the NPO workforce at large: In 2017/18, 12% of the overall workforce was not white compared to 8.5% at the top 20 NPOs. Disabled workers made up 5% of all NPO workers that year but 4% of the staff at those organisations.

However, the top 20 performed better than other NPOs when it comes to women. 53% of their workers were female in 2017/18 compared to an average of 50%.

It is unclear whether introducing more diverse organisations to the portfolio has led to a more diverse workforce overall. 6% of NPO workers were disabled in 2018/19, up from 2.3% in five years ago, while the proportion of BME workers has dropped from nearly 14% to 11%.

For comparison, 16% of the working age population is BME and 21% identify as disabled.

Chair Nicholas Serota said these statistics presented “a disappointing picture” and that NPOs will have to set themselves “stretching targets for representation in governance, leadership, workforce, participants and audiences”.

“Failure to meet these targets will have an impact on future funding,” Serota said.

The ‘strong’ rating given to half the portfolio raises questions about how far those targets will stretch. Despite acknowledging that “the Arts Council and the organisations we invest in are still not representative” of the UK, ACE judged just 1% of NPOs as having ‘not met’ the Creative Case for Diversity.

A delivery plan that includes future diversity targets is still being developed.

An ACE spokesperson said the funder has already “outlined what we expect from larger Band 2 and 3 organisations, particularly in relation to diversifying their audiences and their workforce and governance”. This includes requirements to improve the diversity of their boards and work with the Audience Agency to collect audience data.

ACE’s data shows museums had the lowest percentage of BME workers (6%) while dance organisations had the highest (18%).

However, dance had the lowest proportion of disabled workers (3%) of all artforms, compared to 8% of visual arts organisations’ staff . Less than a third of staff at music NPOs were female, 15 percentage points  lower than the average.

The South West of England had the smallest BME workforce at 6% but the highest share of NPOs with an ‘outstanding’ rating on the Creative Case for Diversity (7%).