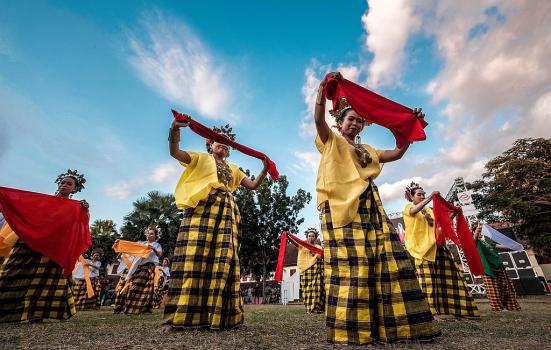 Overall, 64% of applications to the Cultural Recovery Fund, designed to support organisations through the impact of the pandemic, were successful. But that figure was only 60% for Black, Asian and ethnically diverse led organisations, lower than any other group.

The figure was published as part of ACE’s Equality, Diversity and Inclusion data report 2020-21, which measures the diversity of the arts sector – across funding, workforce, governance and audiences - in comparison to the diversity of England as a whole.

So far ACE has distributed £892m of financial support through the fund, but the report reveals that success rates varied according to the characteristics of the leadership of applicants.

However, the data did show that diverse organisations were more likely to be successful in applying for the separate Emergency Response Funds programme - which paid out £98m during the period.

Of all the applications received, 71% were successful. But for applications from Black, Asian, and ethnically diverse led organisations or individuals, the figure was 75% with 1,949 awards totalling £12.3m from 2,594 applications.

ACE waived the reporting requirements for National Portfolio organisations providing data for the 2020-21 report, due to the challenges posed by the pandemic.

As a result, the report does not contain comparisons to previous years, but it includes breakdowns along many of the same categories used in previous annual reports.

In 2021, the total workforce surveyed for the report included 49% women, one per cent lower than in the general population.

In NPO management positions 77% of people were White, 7% were "White other", with 9% identifying as Black, Asian or ethnically diverse.

All NPOs are required to gather data about their audiences using the Audience Agency’s Audience Finder tool, enabling the collection of information around the protected characteristics of the audiences they serve.

For 2020/21, 7% of audiences reported a disability, 7% were from Black, Asian or ethnically diverse backgrounds and 64% of total audiences were female.

Rekha Dosaj, Head of Training and Client Services at Inc Arts UK, said that overall the report showed “positive movement in the direction of inclusivity”.

Dosaj said that “real change does not happen overnight but is part of a long-term culture”, welcoming ACE’s “ongoing commitment to inclusivity” but stressing that there is more work to be done to make “long-term, inclusive change” in the arts industry.

“We would really welcome more representation into the stories behind the data of 2020/21 – who was made redundant, what sector did people move into, which organisations have actively committed to long-term equitable change,” she said.

“There are stories yet to be told – not just around how Covid-19 impacted the diversity of organisations, but how it impacted our ethnically diverse colleagues as individuals.”

She added that ACE should also consider a more nuanced approach to data analysis, such as including the number of people who identify as ethnically diverse and disabled.

“Ethnically diverse people have a younger age profile, so are more likely to be at working age than those retired. This would offer a truer picture of disparate employment in our sector.”

Correction: This article was amended on 5 July to remove the use of the outdated and inaccurate term BME. This was not the term used by Inc Arts who actively campaign against its use.