Disabled people more engaged with arts than ever, figures reveal

Data from the Government’s Taking Part survey also suggests that 2017/18 saw record levels of arts engagement in England as a whole, though changes to the questionnaire could be skewing the findings. 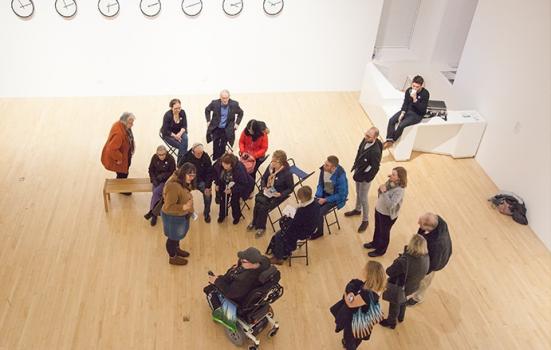 The traditionally large arts engagement gap between disabled and non-disabled people in England has halved since 2006, the latest Taking Part figures reveal.

While disabled people are still less likely to engage with the arts than others, 75.7% did so last year, the highest level since records began, and significantly above the average of 71.2% recorded between 2005/06 and 2016/17.

The news comes amid increasing recognition in cultural venues of the need to improve accessibility both in buildings and online.   Initiatives such as ‘relaxed performances’ are becoming increasingly prevalent, although they have faced some criticism for potentially segregating audiences.

The Taking Part survey examines arts engagement by artform, including museums and galleries, libraries and heritage. The data are analysed by various demographics, including age, region, ethnicity and gender.

Figures released last week cover engagement across the period April 2017 to March 2018. Record arts engagement is found across the population as a whole, with 78.9% of adults attending or participating in arts activity, compared to 76.3% in 2005/06.

But the report stresses that some of the recorded increases could be due to be question changes, such as the inclusion of ‘screening of a live arts event’ as a response option in 2016/17. In addition, it notes that changes to how the arts engagement questions were presented may have boosted the engagement measure “because respondents can more easily locate activities or events”.

Although the over-75s remain the age group least likely to have engaged with the arts, two-thirds indicated that they had attended or participated in arts events in 2017/18. This is up from 57.7% of this group in 2005/06, when records began.

People of mixed ethnicity had the highest levels of arts engagement, at 86.8%, significantly above those reported by people of white ethnicity (80.1%). 64.4% of people of Asian ethnicity had engaged with the arts, as had 74.0% of people of black ethnicity, though sample sizes for all non-white categories were small, so these findings are less robust.

The data also reveals respondents’ reasons for not attending or participating in arts activities, with a lack of interest and a lack of time continuing to emerge as the most frequently-selected responses.