DCMS is being told to revise its budget and local authorities plan to cut back on arts and culture services. 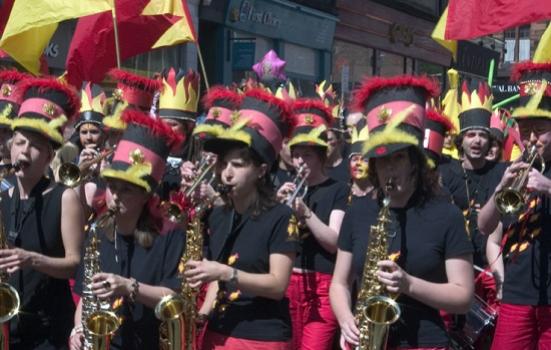 West End Festival is supported by Glasgow City Council. Councils around the UK have indicated cuts to arts funding are likely in the coming year.
Photo:

DCMS has been told to revise its spending ahead of next month’s Budget, presenting a new threat to the arts and culture it funds.

All Government departments must identify projects that can be culled to free up cash for Prime Minister Boris Johnson’s key objectives – extra funding for the NHS, schools and police. News outlets report that Chancellor Sajid Javid has demanded 5% savings from each department’s budget although Treasury has refused to confirm this figure.

Ben Zaranko, a research economist at the Institute of Fiscal Studies, said the administration’s stated priorities mean “it’s unlikely that there will be additional money for non-priority areas at this year’s spending review”.

“If no additional funding is found, it is possible that DCMS – as one of those non-priority areas – will face further cuts after next year.”

The Government has cut DCMS’ day-to-day spending at five of the last seven budgets, Zaranko said. By the 2020/21 financial year, its budget will be 11% lower than it was a decade ago.

ArtsProfessional recently reported that DCMS may be downsized following a cabinet reshuffle. Originally set for the start of February, the shake-up is now expected next week.

While it is unlikely the department will be disbanded entirely, it is possible culture will be downgraded from being a cabinet-level responsibility. There is strong speculation the role of Culture Secretary will be abolished and replaced with a ministerial portfolio within another department – or departments.

Nicky Morgan, who was reappointed to the role following the General Election, plans to step down (again) imminently.

The grim outlook for DCMS coincides with new research from the Local Government Information Unit (LGiU) and Municipal Journal that forecasts cuts to regional arts funding.

A survey of leaders, chief executives, finance directors and cabinet members at 152 local authorities found roughly one in five (18%) plan to reduce arts and culture services in 2020/21 due to budget constraints.

“Compared with the last  two years fewer councils told us they will be cutting service activity; whether this is a sign of improving financial confidence or that there is nothing left to cut is unclear,” the survey report said.

Libraries were in the crossfire for 11% of councils and 10% planned to cut back on youth centres.

A minority of respondents (2.73%) said culture and leisure was the greatest immediate pressure on their council’s budget even after fiscal tightening and funding reductions. Nearly 5% said it was their greatest long-term budget pressure.

LGuI Chief Executive Jonathan Carr-West said these findings “present dire circumstances for arts and culture services up and down the country”.

“Many services will be cut back dramatically and others may come to an end completely.”

Pressure to cut non-statutory services is growing: 12% of councils are in danger of failing to fulfil their statutory duties, up 6% from last year, and only a third (36%) believe they can “comfortably provide a range of non-statutory services”, according to the LGuI and Municipal Journal’s research.

“Local government is doing a valiant job of holding their services together, but they can’t go on forever without proper funding.”

The County Councils’ Network says arts and culture services come under renewed threat when authorities are forced to prioritise funding statutory services. A 2018 analysis by the network showed that county local authorities had cut their arts spending by 70% since 2010.

“[They have] little choice due to rising demand for care services and declining grant funding, coupled with underfunding of those councils compared to urban local authorities.

“Counties will continue to support and champion their local arts and culture but it clear they are working with one arm tied behind their backs.”