Arts organisations are continuing to embrace digital technology, but not all at the same rate and a cautious approach is emerging, according to a recent survey. 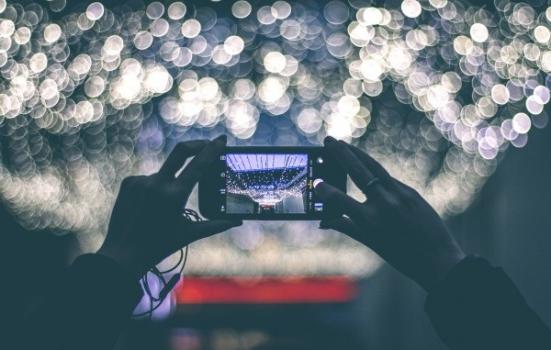 Arts Council England’s (ACE) National Portfolio Organisations (NPOs) are more likely to accept online donations, sell tickets online and livestream performances than the sector as a whole, according to the findings of the third ‘Digital Culture’ survey by the Digital R&D Fund for the Arts.

Figures from the report and the accompanying fact sheet show that whilst the percentage of organisations reporting a major positive impact from digital technology has remained constant at 72% since 2013, for NPOs it has increased from 74% to 81%. In addition, 70% of NPOs sold tickets online this year, compared with 45% of the sector as a whole; 67% of NPOs accepted online donations, compared with 41% of other organisations; and 65% of NPOs – up from 53% in 2013 – used cloud computing, compared with 40% of the wider sector. On average 12.9 different digital activities occurred at NPOs this year, compared with 9.5 at non-NPOs, and they are much more likely to use social media platforms such as Twitter and Instagram.

Almost 1,000 arts organisations took part in the survey between 23 March and 9 October. The report’s authors, whilst clear to state the continuing importance of digital technology for surveyed organisations, suggest that “arts organisations have pulled back on their digital activities” and that “the sector has become more cautious”. However, these conclusions are not universal. Leeds-based Red Ladder – a theatre company that lost its NPO status this year – told AP that digital activity remains essential as it “allows us to punch above our weight”. It continued: “Since we stopped being an NPO our digital activity has been crucial to our being able to survive. A social media campaign called Save Red Ladder was set up once we stopped becoming an NPO which was mainly spread through the hashtag #gisatenner. It was set up through Local Giving and promoted through Twitter and Facebook and to date the campaign has raised £30,000.”

Director of Creative Economy at Nesta, Hasan Bakhshi, echoed this optimism as a guide for future action: “A key finding is that organisations that experiment with technologies – stepping up activities which bear fruit and scaling back on activities which disappoint – are seeing more impact on their performance. In this context, the suggestion that some organisations are pulling back on experimentation this year should be cause for concern. If nothing else, this reinforces the message that policy makers should continue to prioritise R&D in the arts and culture sector.”