Creative and cultural organisations are struggling to recruit employees with fundraising and business support skills, a new report reveals. 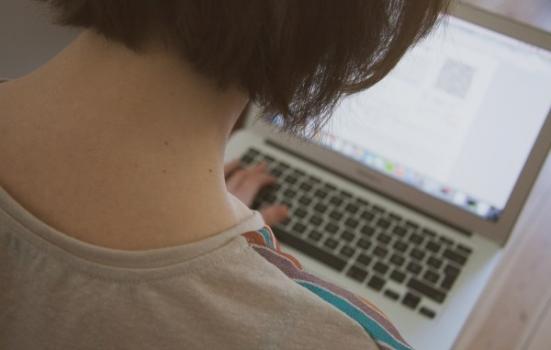 A “desperate need” for skills like fundraising, business support and marketing within creative and cultural organisations has been laid bare by new research.

In a report by CRE Research for Creative and Cultural Skills (CC Skills) and Arts Council England (ACE), a third of creative businesses identified a skills gap in their organisation.

The research also reveals concerns about whether schools are adequately preparing students for creative careers, with more than two-thirds of cultural organisations believing that not enough young people are studying creative subjects at school.

The research examined organisations of all sizes in areas falling under ACE’s stewardship, including music and dance groups, theatres and museums. It considers both skills gaps – where proficiency in a given area is lacking within an organisation’s current workforce – and skills shortages, meaning capacities that businesses across the sector struggle to recruit for.

Similarly, more than 3 in 10 creative businesses reported skills shortages. The biggest areas where there is difficulty recruiting are business support operations (45%) and fundraising (44%)

The report notes that 94% of arts businesses have no employees, compared to a UK average of 76%, adding that smaller organisations are less likely to invest in continuous professional development.

Similarly, it says, businesses in the creative and cultural industries “tend not to think strategically about their current and future skills needs” and that many only access training “when an immediate need arises”.

It also suggests that “poor initial education and training” in creative subjects, combined with “inadequate careers education and guidance”, contributes to long-standing skills shortages. The authors argue that this situation is exacerbated by the prevalence of unpaid internships and networking as routes into the sector, narrowing opportunities for non-graduates and people from lower socio-economic groups.

Reflecting on future skills needs, the majority (59%) of creative businesses disagreed with the view that more young people will leave education with the right creative skills to succeed in the sector. Just under 70% also said they thought not enough young people were studying arts and creative subjects at school.

The report notes the importance of ‘resilience skills’, such as a willingness to develop new operating models and diversify income streams, and more distributed models of leadership to give individuals the autonomy to take decisions.

There are concerns in the sector about Brexit, with 53% of respondents saying that the UK leaving the European Union would have a strong negative impact. Non-UK citizens fulfil important roles in sub-sectors such as publishing and IT, according the report.

“Given this uncertainty, it will be important to ensure that creative and cultural businesses receive support to address skills gaps and shortages through training and recruitment and that business leaders in particular are equipped with the skills they need to adapt and respond to change,” say the authors.

“As this report sets out, we need to upskill our current workforce, but also establish measures like apprenticeships to ensure that the future workforce is properly equipped with the skills to build a creative nation.”

Great article. Informative and enlightening, and something I can concur with having worked with 100's of creatives from different disciplines here in the South West. However, my experience with creatives say that many find these business and marketing skills hard to adopt (even after you show them), and others say that such duties interfere with their creativity and creative tasks. Or they are simply don't have the type of personality that finds it easy to do these tasks. If this is the case then may be a new form of business model is required; based on the agency concept. They join an agency who does all the business and marketing for them, and may facilitate sales too. May be the research should look at the next stage e.g. what services can we create to work around their skills and task deficiencies and how can we support the sector going forward? Would funding to organisations that provide these services add value to that support and the sector as a whole? Could county wide arts development agencies take on these roles? "Being good in business is the most fascinating kind of art. Making money is art and working is art and good business is the best art." Andy Warhol
Freelancers seem to me to be a good solution, and my clients have found that :) I'm biased of course - because I'm a freelance communications practitioner specialising in music and the arts (ex music venue marketing manager, now working more in advocacy/social impact). But freelancers do exist (although perhaps not as many as needed) who have come through the arts funding system and have business skills combined wtih added-value knowledge and skills in areas like evaluation, fundraising, impact advocacy, audience development etc. They can inject the necessary skills and ways of thinking, but at a temporary cost. I think one of our jobs as freelancers is building trust with the funded sector. They can be uncertain approaching people who are in 'business' - but there are those of us who are driven by a similar vision/mission/values to our arts organisation colleagues. Perhaps all we need is a way of connecting up, and building trust between, music/arts organisations and mission-driven freelancers?