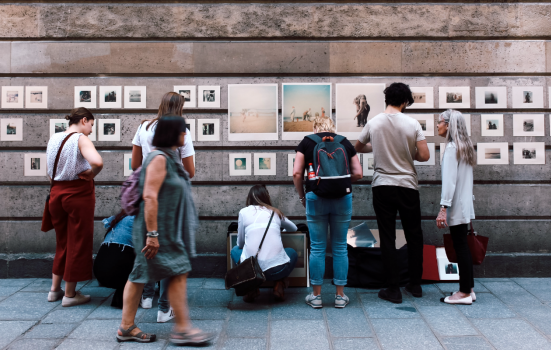 England’s poorest areas appear to benefit the most from cultural engagement.

Although the positive correlation between cultural engagement and improved mental health is well established, a new study by University College London (UCL) professors Daisy Fancourt, Karen Mak and Rory Coulter is one of the first to factor in levels of deprivation.

The team found the benefits of community cultural engagement (CCE) are greater in England’s most deprived decile than its most affluent one.

Increased engagement in CCE led to an increase in all three wellbeing measures across the most and least deprived areas.

But there was a larger improvement in mental distress and mental health functioning for residents of more deprived areas. What’s more, frequent engagement had an even greater effect.

Access to culture, however, remains a barrier to audience participation and “may inhibit people living in deprived communities from enjoying the benefits of CCE and hence exacerbate social, cultural and health inequalities,” the research concludes.

‘Work to be done’

The study found people living in deprived areas are less likely to engage in CEE because they have fewer opportunities.

Coulter said “there is still work to be done” in widening arts engagement.

“Place-based arts funding streams and social prescribing in the NHS assume that boosting CCE, especially in less advantaged communities, will bring health benefits and we wanted to test whether this is plausible. Our results suggest it is,” he explained.

“We hope our results will encourage arts providers and funders to keep investing in England’s least advantaged communities as this could help reduce the UK’s stark health inequalities.”

ACE’s Creative People and Places fund, which became a National Portfolio Organisation earlier this year, invests in parts of the country which placed in the bottom third for people’s involvement in arts and culture in the Active Lives Survey.

109 parts of the country are eligible for the fund, which offered £17.5m across 13 areas for the 2019-23 edition. Applications for the 2022-25 round closed this summer, with investments between £750k and £1m available for chosen projects.

ACE told ArtsProfessional a total of £23m is available across this latest wave of funding. It will aim to notify successful applicants by the end of the year.