Demand for RFO funding in Wales to outstrip supply

The Arts Council of Wales has published details of progress in the Investment Review that will determine its portfolio of revenue funded organisations from April 2016. 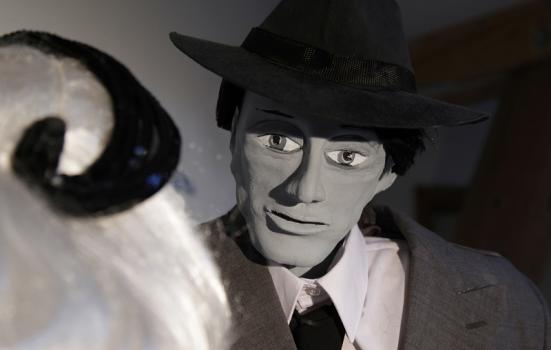 One Way Street, a production by Small Word Theatre, which is applying to join the portfolio

The Arts Council of Wales (ACW) has received 94 applications from arts organisations wanting to join its portfolio of Revenue Funded Organisations (RFOs) from April 2016, including 26 from organisations that aren’t part of its current portfolio. In total, £32.8m has been applied for – 17% more than this year’s budget of £27.2m, which is split between 68 organisations.

The applications have been submitted to ACW’s 2015 Investment Review, the first phase of which will culminate in September, when ACW will announce the composition of its new portfolio. In the interests of transparency, and to make clear the extent of the gap between the funding budget and demand, ACW has published the names of all applicants and the total value of funds requested for 2016/17.

Re-applying for RFO status are companies from across the spectrum of artforms, including Clwyd Theatr Cymru, Artes Mundi, Literature Wales, Earthfall and Ffotogallery. New applicants are similarly diverse and include Butetown Artists, Small World Theatre and Ystradgynlais Miners' Welfare and Community Hall Trust.

ACW will discuss and evaluate the submissions throughout the summer, aiming to announce its conclusions when its Council meets in September. Final decisions, including the value of funding awards for each successful applicant, will be announced in December, provided that the Welsh Government has determined its arts funding levels before then.