Middlesbrough Mayor argues "if we censor Chubby Brown then we have to censor lots of acts". 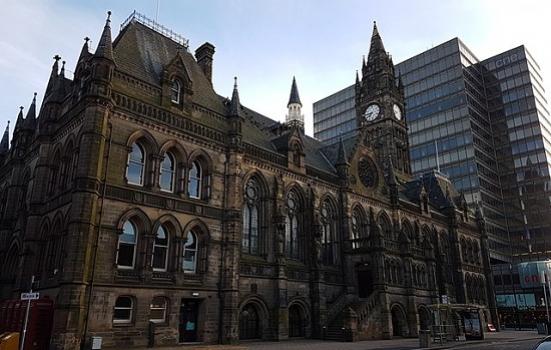 Police are investigating threats of violence against the outgoing Head of Middlesbrough Town Hall following her protest resignation.

Brown – whose real name is Royston Vasey – announced this week that he will perform there in May as debate intensifies over whether his often politically incorrect material is an expression of free speech or inappropriate for a council-run establishment to promote.

Northumbria Police confirmed they are investigating threats of violence against Fulton, which include at least one death threat: “Enquiries to identify those responsible are ongoing,” a spokesperson said.

Preston took to Twitter over the weekend to defend the council’s intervention in the Town Hall’s programming decisions. He wrote that critics of Roy Chubby Brown were largely “white, slightly posh Labour members” and a “vocal hardcore”, suggesting they display “typical middle class prejudice against a blue collar act”.

“There’s a bizarre and judgemental group afoot. They seek to censor acts they don’t approve of, citing all kinds of things. But at the end of the day they just don’t like it.

Freedom of Expression? Take our survey on censorship in the arts

“If we censor Chubby Brown then we have to censor lots of acts. This is about freedom and equality in entertainment.

“We try hard to be balanced and fair… does having a comedy act that says offensive things make him racist? I don’t know.”

In an interview with the BBC about the controversy, Roy Chubby Brown said: “I’m not racist, I’m not homophobic, I’m not sexist – I’m jokeist. I tell jokes.”

Plenty of online commenters disagreed with Preston’s view, with one person saying: “as a society we have a duty of care to promote wellbeing in our modern multicultural society”.

The Town Hall’s concerns about Roy Chubby Brown were driven by social, but also financial and policy considerations. His 2015 show there had sold poorly and the venue believed his comedy contravenes the council’s commitment to improving the diversity of the Town Hall’s offer.

Preston has claimed the Town Hall had an “unwritten policy” preventing Roy Chubby Brown from performing. His critics point to a written programming policy on the Town Hall’s website that says programming decisions are “based on whether the work is consistent with our vision, mission and values and is in line with our commitments to diversity and equality”.

The policy lists among its values: “we want everyone to know that, however you engage with us, we will treat you with respect and make you feel welcome and included.”