DCMS told to model for cuts of up to 40%

Spending Review promises “radical steps” towards the devolution of power across the UK and cuts of up to 40%, but Arts Council England’s Lottery stockpile could soften the blow. 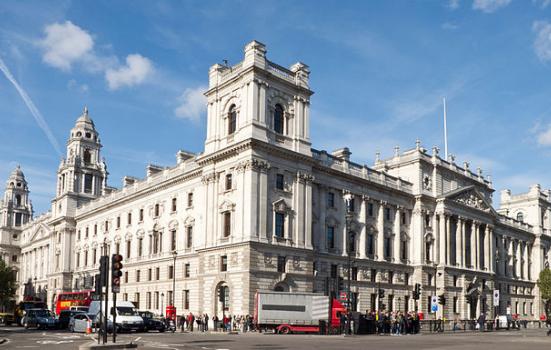 The Department for Culture Media and Sport (DCMS) is among the Government departments told to model Spending Review cuts worth 25% and 40% of their resource budgets by 2019–20 – the same level of reductions requested ahead of the 2010 Spending Review. But Arts Council England (ACE) may be in a position to raid Lottery funds for a future shortfall, having built up a £325m stockpile from revenues over the past five years – more than it is likely to need to cover its current commitments.

Government priorities for the latest Spending Review include promoting innovation and greater collaboration in public services, promoting choice and competition, and driving efficiency and value for money across the public sector. Chancellor George Osborne has made a commitment to “maintaining the public services people rely on,” but has made it clear that elsewhere in government, “departments will have to find significant savings through efficiencies and by devolving power, so people have a greater say over the issues that affect them and their communities”. The results of the Review will be announced on 25 November.

Central to the Government’s plans is “an ambitious reform programme” and a commitment to “devolve more power and services to local areas, to rebalance our economy”. The pre-Spending Review document ‘A country that lives within its means’ warns of “radical steps towards the devolution of power in the UK, moving away from the imbalanced and overly-centralised system of government we inherited”. It encourages the establishment of “strong city regions led by elected mayors,” and the Culture Secretary is among the Secretaries of State who have been asked to “proactively consider what they can devolve to local areas and where they can facilitate integration between public services”. Proposals for establishing city regions will need to be submitted by 4 September.

The arguments for sustaining current levels of Grant in Aid funding for the arts in England have become less potent in recent years as Lottery revenues for good causes, including the arts, have continued to grow. ACE Lottery revenues reached an all-time high of £272m in 2014 – £100m more than five years ago. Last year, ACE effectively abandoned the principle of additionality, under which Lottery funding cannot be used to replace state funding of the arts, arguing in favour of taking the “pragmatic step” to fund some of its National Portfolio Organisations solely from Lottery funds. Culture Secretary John Whittingdale is already on the record saying that using Lottery revenues to bridge the funding gap was something that the Government might “look at for a limited period”.

If its current spending patterns are sustained, ACE appears to be in a good position to use Lottery funding to plug any Grant in Aid gaps for a while. The publication last week of the National Lottery Distribution Accounts for 2014/15 reveals that ACE has built up record Lottery reserves. By April this year, the balance had grown to £325m to cover future funding commitments valued at £449m. By contrast, five years ago it held a Lottery balance of £97m to cover forward commitments valued at £120m. Sport England, which in terms of scale is most similar to ACE, holds just £157m of reserves to cover forward commitments of £381m.

ACE’s reserves have in fact more than tripled since 2009/10, despite the DCMS requirement of its Lottery distributors “to realise the public benefit of Lottery funds more quickly”, and almost doubled since a 2005 Public Accounts Committee criticised Lottery distributors for stockpiling cash that should be “funding worthy community projects, not sitting in a bank account doing nothing”.

In the other UK countries, where culture spending is devolved, arts Lottery revenues and balances are much lower. In both Scotland and Northern Ireland, where Lottery revenues last year were £35m and £11m respectively, reserves now stand at £19m and £6m – less than they held five years ago. Wales, which received £20m from the arts Lottery last year, holds £22m in reserves – £10m more than in 2009/10.