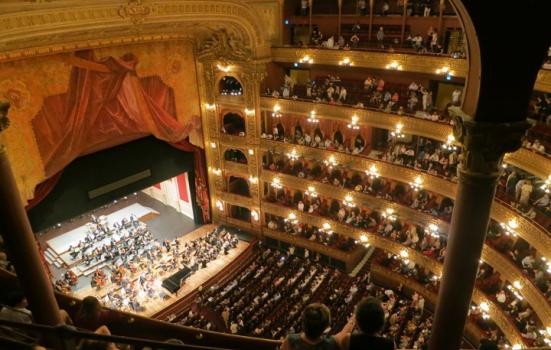 A nationwide shared data platform is required to better understand the value cultural organisations provide to the wider economy, a government-commissioned report has recommended.

The study commissioned by DCMS found that data about the culture sector is "fragmented, often inaccessible and incomplete", making it difficult to assess its value, hampering effective policymaking at a national level.

It recommends the building of a "cultural sector data platform", to address the issue.

This would be achieved in a "phased" approach starting by aggregating and linking data from national bodies such as the Charity Commission, Companies House, HM Revenue & Customs, the Local Government Association and the Office for National Statistics.

"This includes central government, arms-length bodies, sector bodies and local government, all of whom have specific needs for data on the cultural sector.

"While national-level estimates for the sector’s economic and financial performance are available, more granular data is needed for most decision-making."

Patrick Towell, Innovation Director of The Audience Agency, who co-authored the report, said a cross-sector platform collecting standardised data would help sector bodies such as the Association of Independent Museums or UK Theatre to support policy development by government and better represent the needs of the sector.

Commenting on the impact of improved data systems in the sector, Towell said the potential benefits would be felt by organisations of all sizes across the country.

"If you have better evidence you get better policy," he said.

"If you have stronger evidence for a bigger, more economically significant sector than you previously did then you have evidence that would be a business case for more funding – not in cultural funding necessarily but of culture within wider funding such as the levelling up and shared prosperity funds, UKRI or by local authorities - or more interventions.

"What we saw with Covid was all the arm's length bodies, sector bodies, trade associations and representative bodies giving data to DCMS. Everyone was coming together and pooling their data which gave a much more complete picture of the sector than anyone had ever had.

"It was with that fuller picture that the argument for the Cultural Recovery Fund was made."

Towell said that data collection during that time was done with an 'all hands to the pump' mentality, in an ad hoc fashion.

"What you need to do is do is use so-called ‘administration data’ which is collected regularly anyway, so that year-in year-out you have got the data," he said.

"That gives you comparability and then you can see trends in the data and look at things regionally and locally.

"Potentially every single part of culture, heritage, big and small in all of England could benefit. Of course there is a always a strong social case for culture, but we know that in challenging times economically that the argument that is going to cut through with DCMS and The Treasury is going to be the economic argument."

Towell said the proposals contained in the report were not intended to create any additional reporting burden for cultural organisations, especially small ones

"The overall theme of this is about getting more value out of data that is already collected," he said.

"If you think across all of those organisations what they submit to Companies House, the Charity Commission and to their funders, including local authorities in some cases, if you could pull all of that together it is a really complete picture.

"It is a hard thing to do, but you can, especially with the way secure joined-up technology has developed, pull it together."