New figures show a continuing trend of disabled adults engaging with the arts – but an ongoing decline in creative pursuits among children. 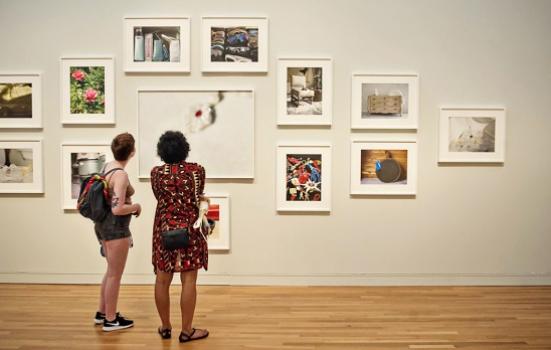 About 77% of English adults engage with the arts at least once a year
Photo:

Adults’ engagement with the arts dropped off slightly in the 2018/19 year, despite an overall trend towards higher engagement over the last decade.

‘Taking Part’ figures released by DCMS indicate about 77% of English adults engaged with the arts at least once in the past 12 months, a drop of about 1.5% on the year prior. About two-thirds (63.7%) of people engaging with the arts were doing so three or more times a year, compared to a low of 59.9% in 2008/09.

The largest barriers to attending and participating in arts activities cited by the survey respondents were lack of interest (48%), lack of time (37%) and disability or health problems (15.5%). Cost was cited as a barrier by less than 8% of respondents.

More disabled adults are engaging with the arts, despite disability being one of the biggest barriers to attendance and participation.

At that time, there was a 9% difference in engagement between disabled and non-disabled people, “suggesting that this disparity has narrowed over the last 10 years,” DCMS’ report says.

Culture, Health and Wellbeing Alliance Director Victoria Hume welcomed the “fairly consistent” rise in engagement, but noted differences between participation and attendance. Fewer people cited disability as a barrier to participation (11.2%) than to attending arts events (19.8%).”

“It would be interesting to understand more about this difference - but on the surface at least this suggests that audience development may be able to learn from participatory practices,” Hume said.

However, she said “the real shift [in engagement] will come from understanding how culture is built from and not given to” audiences, including the disabled.

“Our responsibility is to co-production and supporting the grassroots cultural work that has been tackling these inequalities for decades.”

The statistics show a continuing decline in children’s engagement in several creative pursuits: among 11 to 15-year-olds, the average level of involvement in dance has dropped by 22%, theatre and drama by 18.7%, arts and crafts by 16.4%, and music by 14% over the last decade.

The rate of decline is less severe among children aged five to 11, at an average 17% drop for drama and music, 10.4% in dance and 8.5% for arts and crafts activities.

DCMS noted that theatre and drama are some of the most “school dependent” activities but offered no analysis of the cause of the rapid decrease in the art form’s uptake. Many have claimed the introduction of the English Baccalaureate, which does not include creative subjects, is largely responsible.