The Government is consulting on proposals that include increasing the amount society lotteries can raise to £100m a year, but Camelot has warned that the changes could put returns to good causes at risk. 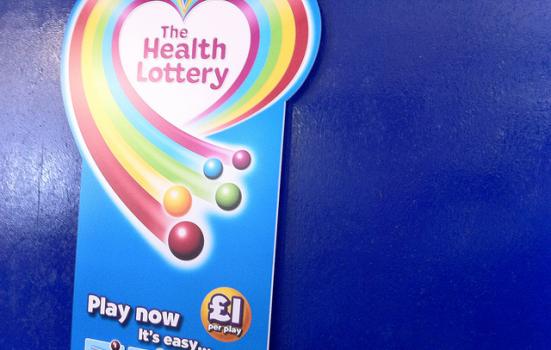 The amount that society lotteries can raise from sales each year could increase ten-fold to £100m under a major shake-up proposed by DCMS.

A ten-week consultation announced last week sets out options for changes to society lotteries, including the government’s preference to increase the amounts the lotteries can raise through ticket sales (both annually and per draw) and give away in prize money.

But National Lottery operator Camelot has expressed concern about the proposals, warning that they could put returns to good causes at risk by blurring the distinction between its own draw and “industrial-scale society lotteries”.

Society lotteries, which are run by charities and non-commercial organisations, raised more than £255m for good causes in 2016/17. The individual sales limit per draw for licenced society lotteries has not been raised since 2009, when it was set at £4m. The current annual sales limit is £10m, and the prize limit for each draw is £400k.

The government is also consulting on raising the limits under which a society lottery is considered “small” and therefore does not need a licence from the Gambling Commission to operate. These are currently set at sales of £20,000 per draw or £250,000 annually.

Tracey Crouch, Minister for Sport and Civil Society, said: “Society lotteries make a vital difference to communities up and down the country. They raise hundreds of millions of pounds every year, supporting our veterans, lifeboats, hospices, air ambulances and many other great causes.

“They are an important fundraising tool for charities and we want to ensure that both society lotteries and the National Lottery are able to thrive now and in the future.”

Richard Hickson, Head of Policy & Public Affairs at Camelot, said: "We welcome the Government's commitment to sustain and protect The National Lottery, which has contributed more than £38 billion to Good Causes across the UK.

"We fully support the work that traditional society lotteries – those smaller lotteries set up to raise funds for local causes – are doing. However, The National Lottery’s huge success to date has, in part, been because of this clear distinction between The National Lottery and society lotteries. The emergence of industrial-scale society lotteries that operate nationally blurs this. We are concerned that these proposed changes to sales and prize limits further erode the distinction, putting returns to Good Causes and society at risk. We therefore look forward to responding to the consultation."

But Clare Govier, Managing Director of the People’s Postcode Lottery – which has raised more than £310m for UK charities since 2005 – urged the government to go further than its preferred options.

Speaking to Radio 4’s Today programme, she said: “I think one of the things we would urge ministers to reconsider is in relation to the draw limit proposals,” she said. “In 2005 the draw limit was locked at £2m, and 4 years later it doubled to £4m. Nine years on, it’s only going up by £1m.

“To me there’s a proportionate question about whether that is future-proofing the sector and whether we should be making more changes now to make sure we are not here again in a few years’ time.”

In response, Culture Secretary Matt Hancock said while the consultation did include a proposal to increase the draw limit to £10m, the government preferred the lower limit because it wants to “protect the National Lottery which is much bigger in scale”.

He continued: “We need to make sure we support society lotteries but not at the detriment of the National Lottery, and I think we are trying to open up the debate about how best we do that.”

Competition with society lotteries has long been a concern for Camelot, which issued judicial proceedings against the Gambling Commission in 2012 after the regulator refused to brand The Health Lottery unlawful. This umbrella brand for 51 society lotteries has raised more than £100m for local health causes in Scotland, England and Wales, but has faced criticism for returning a smaller percentage of sales to good causes, while being exempt from the lottery duty paid by the National Lottery.

Speaking at the time, Camelot complained that the regulator’s decision risked setting a dangerous precedent that would allow other commercial operators “to establish what would effectively be further rivals to The National Lottery”. It repeated similar concerns in 2016, following disappointing sales, which it said were in part a result of “direct, often aggressive competition” from the wider gambling sector.

And in a written response to a DCMS committee inquiry submitted in March, Camelot stressed that it opposes “any increase in the top prize for society lotteries” that could “enable them to further compete directly”.

The company continued: “Any increase in the top prize risks fragmenting the money spent by players across all of the different lotteries available, leading to smaller jackpots, fewer tickets sold and, ultimately, far less money being raised for good causes.”

The company cited analysis by Frontier Economics which found that increased competition had reduced cumulative National Lottery sales by £738m between 2011 and 2016, resulting in a loss of £169m in returns to good causes.