Minister defends provisions within Online Safety Bill amid concerns that advances in deepfake technology and plans to remove copyright restrictions on data harvesting will impact performers and musicians. 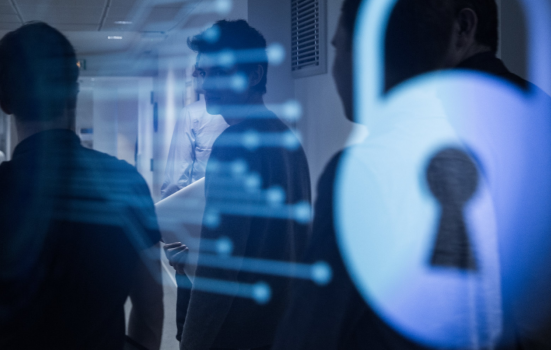 The government has moved to offer assurances to performers that legislation designed to protect them is fit for purpose after fresh concerns were raised around the impact of Artificial Intelligence (AI) advancements on the arts sector.

During a debate on the contents of the Online Safety Bill on 28 June, DCMS Shadow Minister Alex Davies-Jones highlighted the harmful effects of deepfake technology which have previously been raised in Equity’s campaign to strengthen performer rights in response to the rise of AI.

Meanwhile the music industry has warned that a proposed "copyright exception" for data mining, featuring in a government response to a consultation on AI and intellectual property, would be “dangerous and damaging” to the industry.

Labour pushed for an amendment to the Online Safety Bill that would require government to publish a report on the harms caused by synthetic media content, such as deepfakes, with specific reference to those working in entertainment.

Addressing then-Minister for Tech and the Digital Economy Chris Philp, who has since resigned, Davies-Jones said specific questions about strengthening, reviewing, or enhancing performers rights were “notably absent” from previous government consultations that looked at intellectual property in relation to AI.

“If the UK government want to make Britain a global AI and creative superpower, strengthening the rights of performers and other creatives must be at the heart of the national AI strategy,” Davies-Jones said.

She called the Copyright, Designs and Patents Act 1988 “desperately out of date,” arguing that AI-made performance synthesisation, including deepfakes, falls outside the scope of the act, because it reproduces performances without generating a copy.

“An unintended consequence is that people are left vulnerable to abuse and exploitation. Without effective checks and balances put in place by the government, that will continue," she said.

Philp told Davies-Jones the government is “conscious of the risk of harm to those who work in the entertainment industry”, adding that the UK’s intellectual property framework is “genuinely world leading” and kept under review.

The Conservative MP focused his response on a potential deepfake of a politician rather than a performer but confirmed such examples would be considered illegal under the safety duties set out in the Bill. He also gave assurance “the Bill as drafted addresses important issues in a way that is certainly adequate”.

Davies-Jones then withdrew the motion, with an Equity spokesperson confirming to ArtsProfessional the amendment was a probing amendment, used as a parliamentary lever to generate a debate in front of the minister.

“It is fantastic to see MPs and Lords engaging enthusiastically with Equity’s new campaign. We are particularly grateful for the support of Davies-Jones who... highlighted the fact that performers are being exploited due to the UK’s outdated intellectual property laws,” the union said.

Meanwhile, the music industry has hit out against a proposed copyright exception it says would allow AI companies to “launder” music to generate new content.

The exception would allow text and data mining, which involves a computer analysing content to identify and extract data, for any purpose, including commercial use. The maker of AI technology would no longer need permission from whoever owns the files or database the AI technology is analysing, as required under current law.

The proposals forms part of a government report that sought views on how to make it easier to data mine copyright materials “with a view to supporting AI and wider innovation in the UK, in line with government priorities”. Introducing a wider exception for data mining “will bring benefits to a wide range of stakeholders in the UK,” and has been cited as an example of Brexit opportunity, according to the report.

“If the government truly wants the UK creative industries to be world leading, they must urgently rethink these plans”.

In a letter addressed to Culture Secretary Nadine Dorries, Njoku-Goodwin says a “huge part” of the UK music industry’s success is down to its robust copyright laws, and adds the proposals are “hugely concerning” to the future growth of the creative industries.

“Our innovation has value. Our collective intellectual property is not raw material for others to freely monetise – yet this is what these proposals open the door to,” the letter reads.

Following last week’s announcement of Prime Minister Boris Johnson resignation, the proposed copyright exemption is unlikely to move forward in the coming months, after Johnson said there would be no new policies for the rest of his tenure.

Whether or not the policy is picked up under new leadership may depend on the makeup of a future DCMS office and Intellectual Property Office.

Since the last discussion on the Online Safety Bill, Philp has resigned as Minister for Tech and the Digital Economy. In his resignation letter, he said the Bill is ready for report stage, which is due to be tabled in the House of Commons next week.

The government's response to the consultation on AI and intellectual property notes the concerns raised about the impact of AI on performers, but concludes “the impacts of AI technologies on performers remains unclear”, and adds “it is also unclear whether and how existing law is insufficient to address any issues”.

An Equity spokesperson said it is “hugely disappointing” the government is adopting a 'wait and see' approach to performers' rights.

“Without urgent action, valuable jobs for our members working in audio-book narration, video-games voice-overs and many other areas remain extremely vulnerable,” they said.

“Equity will continue to drive forward our pioneering campaign to ensure this new technology is used ethically and responsibly, and benefits the creative workforce and not just the bosses.”