The company says its operating model was too “old school” to remain sustainable after the loss of NPO funding in 2018. 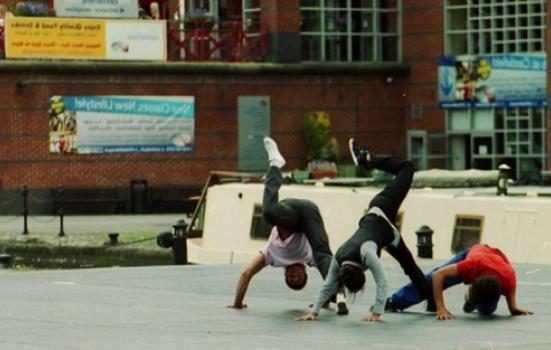 People dance in Manchester in 2012. Dance Manchester had supported the art's development in the region for 27 years.
Photo:

The former National Portfolio Organisation (NPO) announced this week it will transfer its remit to local dance group Company Chameleon, which it helped to found nearly 13 years ago. Company Chameleon’s “objectives match our own”, a statement from Dance Manchester’s Board of Trustees said.

Dance Manchester was one of three regional dance development organisations – the others being Greenwich Dance in south east London and Liverpool’s Merseyside Dance Initiative – to lose their NPO funding in 2018. It had previously received £511,437 in the 2012-15 funding round and £285,000 between 2015 and 2018.

The shift in Arts Council England (ACE) priorities left large parts of the country, including Manchester, without a dedicated dance development agency despite the addition of seven new dance companies to the national portfolio.

Not ‘fit for purpose’

A spokesperson for Dance Manchester said that as an “old school” company, the organisation was too reliant on public funding to remain “fit for purpose”.

“We know now in the sector that you need more than that.”

They said an organisational review undertaken after ACE’s National Portfolio for 2018-22 was announced prompted the “strategic decision” to close the business and transfer its remit to Company Chameleon “to ensure investment in the sector was maintained”.

A statement on the company’s website says: “Dance Manchester has had a fantastic run and our longstanding record of creative output and support speaks for itself. We are grateful to all our generous donors and our loyal audiences for all the support we have enjoyed to date.

“We extend our heartfelt thanks to our former Director, Deb Ashby, for her many years of service and unstinting creativity and commitment, and to all the creative artists who have worked with us over the last 27 years to propel Dance Manchester into the highly successful creative enterprise it became, but now feels like the right time to pass the torch.”

A legacy for dance development

General Manager Leanne Feeley said she was grateful for the Greater Manchester Combined Authority’s support in assuming Dance Manchester’s regional development role, saying it means the company “can build on our work to date and further develop the network we’ve created”.

“More than anything, we want dance in Greater Manchester to be on the map and we want it to be celebrated in every way that it can be.”

The transfer of responsibilities is also supported by ACE. Alison Clark, the Arts Council’s Director for the North region, said Dance Manchester had been a longstanding and significant part of dance in the region, leaving behind “a substantial legacy for dance development in the North West”.

“We look forward to seeing Company Chameleon foster the talent of homegrown dance artists and young dancers in the future, as well as engaging and developing new audiences for dance in Manchester and beyond.”

Wednesday, 22 September 2021
Firstsite Colchester has won £100,000 and the title of Art Fund Museum of the Year 2021. The art gallery, which celebrates its 10th birthday this month, has transformed since losing its National... read more