Music and dance leaders have implored a Lords select committee to support the introduction of a special arrangement within the visa system for performers. 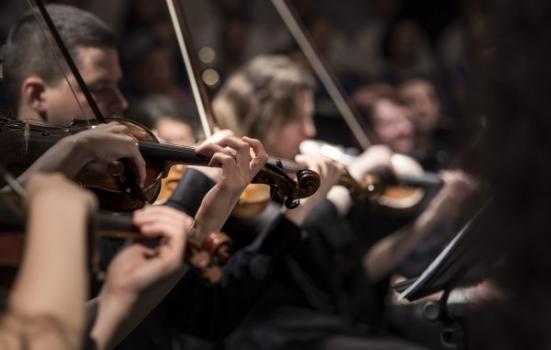 The inaccessibility of music education for people from certain socio-economic backgrounds is a “disgrace” and a “disaster” for the UK music industry, a House of Lords Committee was told this week.

Discussing the issues facing the dance and music sectors as the UK prepares to leave the European Union, the Lords EU Home Affairs Sub-committee heard concerns relating to the movement of freelance workers and the potential need to replace EU musicians and dancers with homegrown talent.

Representatives of the two sectors raised concerns about additional charges for performers travelling around Europe once the UK leaves the EU, and called for a special arrangement to be made for performers, who often travel on short notice or for speculative work.

Horace Trubridge, General Secretary of the Musicians Union; Andrew Hurst, Chief Executive of One Dance UK; and Mark Pemberton, Director of the Association of British Orchestras offered insight into the number of non-EU UK nationals working in music and dance in the UK.

They shared estimates that 8% of the classical music workforce and 20% of the dance workforce are from the EU.

Reflecting on nurturing homegrown talent, Pemberton stressed investment from local government in UK ensembles has “disappeared entirely”, making it increasingly difficult “to have youth orchestras motoring in every town and city in the UK”.

“It is generational. If you are going to replace the people we are recruiting outside the UK with UK citizens you are going to need a long transition period with increased investment,” Pemberton added.

“Music education is not available to people from certain socio-economic classes, which is a disaster,” Trubridge added.

“I’m sorry to use the word, but it is a disgrace too.”

His comments are supported by new figures released by the Higher Education Statistics Agency revealing that specialist music and performing arts conservatoires and colleges accept some of the lowest numbers of state school students in the UK.

The panel’s chief recommendation was to introduce a “special arrangement” within the visa system, allowing travel and creative activity to continue with minimal restrictions.

They dismissed suggestions the post-Brexit visa landscape should only permit free movement for workers with a job offer, as defining a ‘job’ is difficult in a landscape characterised by high levels of freelance work, speculative travel, and last-minute engagements.

Similarly, the Lords were told that reverting to restrictions currently in place for non-EU visitors would be restrictive, as only the largest creative organisations can afford to be visa sponsors and potential entrants are awarded ‘points’ on the basis of unrealistic salary expectations.

The comments support those repeatedly made by the Creative Industries Federation, which has called for a “21st Century visa system” which “recognises the need of fast-growing, world-leading and highly-innovative sectors”.

“The difficulty with our worlds is we’re so highly mobile,” explained Pemberton. “And yet we get shoved into the same rules that apply to a bank posting a banker to Frankfurt for a year.”

Pemberton highlighted the EU’s A1 system, which currently protects individuals performing in a European country from social security deductions to their salary. He warned that if no bilateral solution is found, these deductions will be re-instated, potentially increasing costs for UK arts organisations travelling in Europe and thus making their offer too expensive.

“It’s difficult to see an upside for the music industry in Brexit,” admitted Trubridge.

“If we end up with something similar to the visa system in the US, our musicians will be cast aside and will only be able to work domestically.”

Although Pemberton concluded the UK’s departure from the European Union would “not make the slightest difference on wages”, he warned the sector would not be able to raise ticket prices to compensate for a loss in income caused by falling visitor numbers.

“You can’t put ticket prices up ‘willy-nilly’, because you then price yourself out of the market,” he said.

“We want tickets to be as cheap as possible to bring as many people as possible into concert calls, and if we push prices up, we will become the elite product we are already accused of being.”

This was echoed by Hurst, who said raising ticket prices “goes against what we’re trying to achieve in terms of broadening access and diversifying audiences”.

Pemberton said UK orchestras are already signing contracts that go beyond March 2019, as they work to two-year schedules, and have to assume that EU movement-related issues will be resolved.

“We can’t plan, because we are the tankers in the sea veering forward, and it’s very hard for us to change course,” he said.

Specialist arts colleges among the most elitist in the country