Creating a National Arts Force of freelance and gig economy workers to work in schools, care homes and communities is among recommendations to the Scottish Government for the preservation of jobs and recovery in the creative sector. 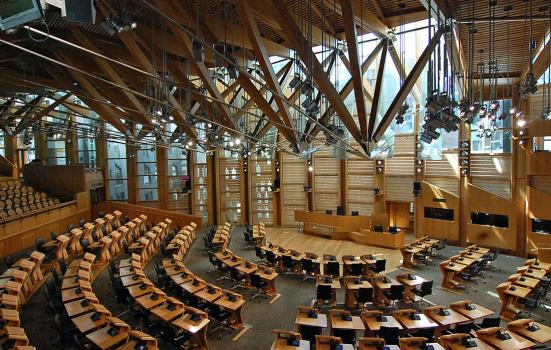 The creative sector should be given high priority as Scotland emerges from the Covid-19 crisis, and culture will play “a definitive role in the recovery of our wellbeing, and it must be an intrinsic element of how Scotland is represented at home and abroad”, according to an Economic Recovery Advisory Group appointed by the Scottish Government to recommend a way forward that will restart the country’s economy and support economic recovery.

Appointed in April by Cabinet Secretary for Finance, Economy and Fair Work Fiona Hyslop, the Group has published its advice in a wide-ranging report, Towards a Robust, Resilient Wellbeing Economy for Scotland.

The cultural sector is among those noted as recovering more slowly than others. Recognising the “significant contribution of the arts, culture and creative industries to Scotland’s economy and to our social capital” the Group urges the Scottish Government to take steps to protect the sector, saying “We must look after our cultural heritage and create an enabled, inclusive society to build the heritage of the future.” Scotland’s “identity and excellence in the culture spectrum” is described as one of the “brand considerations” that should make it a focus for support.

The report acknowledges that physical distancing requirements have been particularly problematic for arts and cultural organisations, and also that many parts of the sector are hampered by physical infrastructure – including occupying heritage premises - which will be particularly difficult to adapt to new requirements.

The initial priority, it says, must be “to ensure that existing measures to keep staff in employment are wound down in an orderly and sector-specific manner, and that “business support schemes should enable viable businesses to maintain staff, even once employers are required to contribute towards the costs of furloughed staff.”

Existing business models are recognised as being potentially unsustainable and three priorities are put forward for Government to revive the sector in a more robust and sustainable way:

The work of the Group was led by Benny Higgins, Special Adviser to the First Minister on the Scottish National Investment Bank and Member of the Infrastructure Commission for Scotland. There was no direct representation in the Group by the cultural sector, but the work of its eight members has been informed by external evidence and advice, including from “a group of key leaders from across the sector”.

The Scottish Government asked the Group not to signpost a return to the status quo, but to set out possible paths towards a better recovery and a more robust and resilient Scottish economy.

The 25 recommendations contained in the report will now be considered in detail by the Scottish Government and will feed into the overall strategy for the recovery, to be published before the end of July.

Responding to the report, Hyslop said: “Scotland, as with other countries, faces enormous challenges, and we need to all work together as never before to ensure our country emerges through this pandemic with a green economic recovery that has inclusion and wellbeing at its heart. We wanted the report to be ambitious and far-reaching, and with this strong and comprehensive set of recommendations this has certainly been achieved.”