Culture used by political figures to “exert power and control”

Diplomats use exhibitions and other cultural events as core parts of their strategies to befriend and influence others, new research has found. 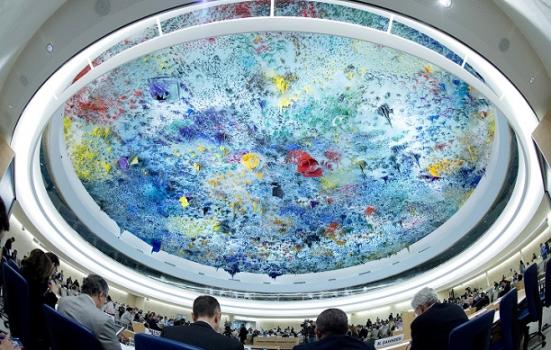 Art at the United Nations
Photo:

New evidence about why diplomats host poetry readings, music concerts and theatre has been uncovered in a report by Kings College London.

Far from being neutral or apolitical events, the researchers conclude cultural diplomacy activities are “imbued with explicit and implicit political purpose” and used to “exert power and control”.

The research finds evidence of culture being used to cement friendships, actively confront others, facilitate diplomacy in private lives and display long-term distrust between global superpowers.

“In the time of fake news, propaganda, proxy wars and ‘control of the narrative’ nation states large and small are working hard to develop their soft power capabilities,” said report co-author James Doeser.

“The use of the Bolshoi Ballet to enhance the image of Russia overseas, the role of K-Pop in helping to assert South Korea’s regional dominance, the way in which Shakespeare is used to draw in tourists, students and even business investors, all of these are well known examples of soft power in action.”

He continued: “Grand claims are made for the use of art and culture in these instances. But nobody has been able to gather good empirical data to substantiate the claims. Until now.”

Standing out and reaching out

Aiming to understand how and why culture is deployed alongside formal business by diplomatic missions at the United Nations, ‘The Art of Soft Power’ report follows UK Foreign Secretary Boris Johnson’s pledge to create a £700m ‘soft power’ fund, and the opening of the Louvre Abu Dhabi, which is widely understood as a vehicle for France and the United Arab Emirates to promote their soft power.

It identifies two main motives for deploying arts and culture: ‘standing out’ and ‘reaching out’. The former relates to countries using culture to differentiate themselves, by grabbing attention, displaying power and expressing leadership; and the latter relates to using events to display unity and building political solidarity.

China is noted for its reputation for arranging concerts of large-scale, powerful symphonies, which reflect its resources and ambitions, and for using classical music to avoid “sensitive issues” such as freedom of expression for contemporary artists.

Attempts to use culture to build bonds between countries were also identified, with one interviewee saying: “We can disagree on Crimea, on Georgia, but we all like Chekhov.”

In addition, the report stresses the importance of private spaces and private lives as soft power tools, with art and culture used to help cement friendships, and some examples of art used to intentionally form new lines of division or confrontation.

Whilst clearly quantifying the impact of such cultural diplomacy initiatives may be impossible – in almost all cases the target audience for soft power efforts was found to be undefined or unidentifiable – the report authors’ conclusions are a break from the academic literature, which suggests arts events are used as a neutralising force to create apolitical spaces.

Doeser added: “In the end, for all the talk of culture embodying elevated and gentlemanly conduct, we concluded soft power interventions like exhibits and events were used to maintain and promote hard power.”