Whittingdale and Vaizey will back opposing campaign teams in the run-up to the forthcoming EU membership referendum. 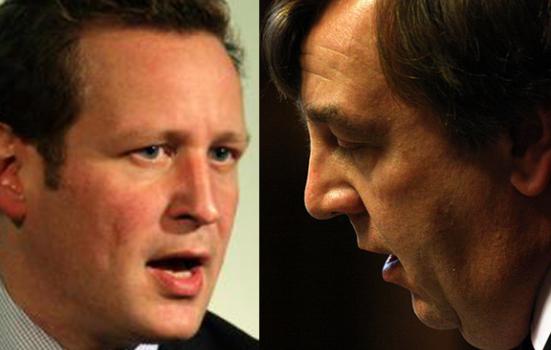 Culture Secretary John Whittingdale is among the “gang of six” cabinet ministers who have joined the ‘Vote Leave’ campaign, calling for Britain to withdraw from the European Union. He posed next to a banner saying “Let’s take back control” after the cabinet meeting where Prime Minister David Cameron pledged to support the campaign for continued membership of the EU.

Whittingdale’s announcement came as no great surprise. Known as a Eurosceptic, he was the first Cabinet minister to break ranks earlier this month and suggest he would back a ‘Brexit’.

His decision to join the ‘out’ campaign puts him at odds with Ed Vaizey, Minister of State at the DCMS with responsibility for the arts.

Vaizey, who last month became England’s longest serving arts minister, is among the MPs who have put their desire for Britain to remain in the EU on record. Tweeting shortly after the cabinet meeting, he said: “#Arts in the UK are stronger and better thanks to our membership of the EU”.

He also endorsed “a good piece” in AP by Lucy Thomas, Deputy Director of Britain Stronger in Europe.

In her piece, Thomas said: “While the EU is not perfect, these small irritations are not a reason to throw away 40 years’ membership of the largest market in the world. My message to all those who work in the arts sector is to speak up… If you know that Britain’s creative industries are stronger in Europe, then make your voice heard.”

Stronger in Europe
Nothing to fear from leaving