Grassroots music campaigners are celebrating amendments that place responsibility for managing noise issues on developers rather than venues. 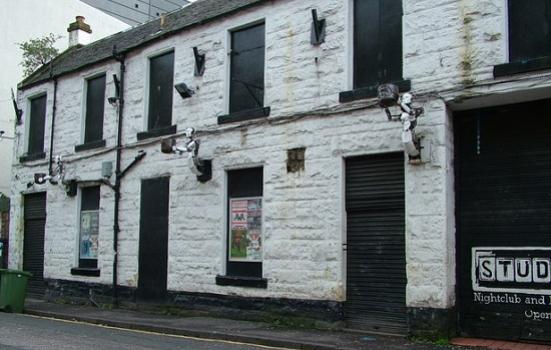 Edinburgh's Studio 24 closed down due to a noise abatement notice in 2017
Photo:

New provisions for culture have been added to Scottish planning law, providing arts organisations with what campaigners described as “a way to be part of the conversation”.

An amended version of the Planning (Scotland) Bill, which was passed into law on 21 June, includes five new references to culture, meaning it must now be considered in local development plans, town and county planning and the country’s National Planning Framework.

Grassroots music advocates have particularly welcomed new protections provided by an ‘Agent of Change’ clause that places responsibility for managing noise issues on developers who build close to existing venues.

The changes have also been welcomed by Culture Counts, a partnership of 50 arts and culture organisations. The organisation’s Executive Leader Jennifer Hunter said they signalled a broader shift towards legal protections for culture and a public recognition of its value.

“It’s a way for communities to be able to have conversations about the cultural impact of any changes in their local area. Before, in those kinds of meetings they [local authorities] might say, ‘well, these are not things that we really consider.’

“It’s a way to be part of the conversation. It means we’re going to be taken more seriously.”

In its submission on the bill to a Scottish Parliament committee, Culture Counts told MSPs that the previous lack of an Agent of Change principle negatively affected cultural venues – and the economic and social and benefits they bring to communities: “Currently an apartment block can be constructed next to a music venue and when residents move in, complaints about noise can lead to venues closing down.”

The document said Agent of Change should not be regarded only as a live music issue: “Noise nuisance can include complaints about the noise of sheep in a neighbouring field, church bells ringing or a local speedway bike track. The planning process needs to account for noise at the planning stage; after the building is there it’s too late”.

But a submission from the Music Venues Trust said there was particular pressure on cash-strapped music venues that are not eligible for funding streams to meet the “considerable costs” of sound proofing.

Music Venues Trust CEO Mark Davyd, Strategic Director Beverley Whitrick and others made “a dash for Holyrood” the day after a meeting of Scottish venues to propose further amendments a week before the bill passed, according to the trust’s newsletter. Neither Davyd or Whitrick was available for comment.

UK Music Deputy CEO Tom Kiehl said he was “delighted that Members of the Scottish Parliament have acted so decisively” in specifically acknowledging music venues in the new law.
“Music venues have faced unprecedented threats in recent years and amendments to the Planning Bill will provide real teeth when dealing with disputes.”

Studio 24 and the Picture House in Edinburgh and Aberdeen’s Downstairs and Gilcomston Bar have all closed in recent years due to noise abatement notices.

Music Venues Trust and UK Music have spearheaded an industry campaign for regulatory changes to prevent such closures.

Their concerns were acknowledged in January 2018 when Housing Secretary Sajid Javid said it was “unfair that the burden is on longstanding music venues to solve noise issues when property developers opt to build homes nearby” and announced an Agent of Change clause would be included in an update to the National Planning Policy Framework.