Researcher and composer Victoria Hume will take up the role at the new advocacy body in July. 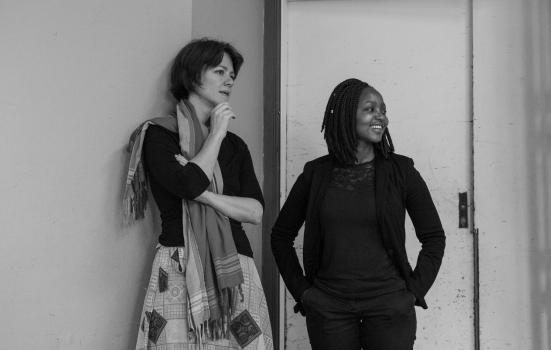 The newly-created Culture, Health and Wellbeing Alliance has selected its first Director as it begins a four-year period as one of Arts Council England’s Sector Support Organisations.

Victoria Hume, a researcher and composer currently working on arts programmes with university and medical bodies in South Africa, will take up the new role from July.

Her appointment follows an extensive career in arts and health, including 11 years as manager of an arts programme at a London hospital, and a year as Chair of the National Alliance for Arts, Health & Wellbeing – one of two bodies that merged to form the new Culture, Health and Wellbeing Alliance this year.

The national alliance will advocate for culture as a tool to improve health and wellbeing and aims to bring about a step change in policy and delivery. It will be a key partner in delivering the recommendations of the recent cross-parliamentary report on arts and wellbeing.

“I think we’ve reached a tipping point, where arts are no longer seen as a luxury extra,” she told AP. “They’re now seen as central to how we can create a healthy society and improve quality of life.

“My ambition is to build on the pockets of extraordinary arts and health work happening across England and support really excellent practice nationwide.”

Hume’s appointment comes amidst increasing support for arts and health initiatives. Earlier this month, 27 healthcare providers in the North West committed to developing a cultural prescription plan for new and expectant mothers, and recent studies have shown the positive impacts of arts participation on wellbeing, physical and mental health.

It also comes as both Arts Council England and the National Health Service are developing new long-term strategies.

Hume praised the work done by both institutions in promoting the arts in health. She said the alliance’s role would be to further this by facilitating joined-up thinking between various bodies and stakeholders – including higher education and researchers – so that the case for arts and health can also be made at a more junior level among healthcare workers.

She explained: “A GP may well be keen to prescribe dance for someone with Parkinson’s, but may not know where to do so or whether the dance offer is a quality service,” she told AP. “That’s where we come in.”

Hume’s career began with temporary roles in the NHS to support her music making, before founding and running arts programme rb&hArts at the Royal Brompton & Harefield NHS Foundation Trust between 2002 and 2014.

During the same period, she became a trustee and then Chair of the London Arts in Health Forum.