The budget allocation for 'Creative Scotland and other arts' includes £10m for Screen Scotland and a £6.6m boost for the regularly funded portfolio to compensate for reduced lottery income. 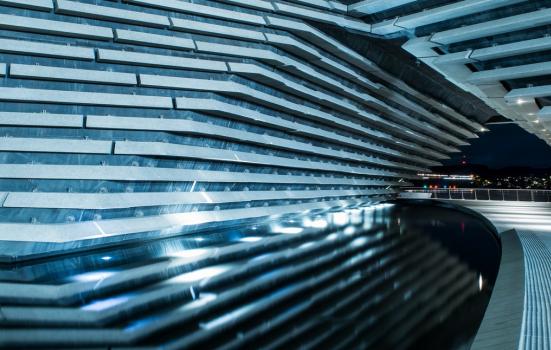 Funding for culture has been cut in the draft budget published by the Scottish government last week.

This amount covers annual grants for Creative Scotland’s regularly funded portfolio as well as support for other areas, including the charity Arts and Business Scotland, the V&A Dundee project and First World War commemorations.

A spokesperson for Creative Scotland stressed that this budget allocation does "not wholly belong" to the national funder, and said that the organistion's grant-in-aid budget had remained "broadly similar" to its level in 2018/19, at £62m.

£10m is budgeted to support the work of Screen Scotland, and £9m for the Youth Music Initiative, which provides performing opportunities for young people. There is also increased funding for the Sistema Scotland orchestral programme for children and young people.

A large part of the planned budget drop is down to £4.8m spent by the Scottish government on the “provision of loans within the culture sector" in 2018/19. But a government spokeperson did not provide details of these, stating only that "no loans have been issued in 2018/19".

Meanwhile, the budget for the five national performing companies that are funded directly from the Scottish government remains static at £22.9m.

The cultural collections budget, used for funding institutions including National Museums Scotland, National Galleries of Scotland and the National Library of Scotland, has risen slightly (from £73.4m to £74.6m)

Fiona Hyslop, Scotland’s Culture and External Affairs Secretary, said: “Scotland's resource block grant will be almost £2 billion lower in real terms in 2019-20 than it was in 2010-11, which is a fall of seven per cent. But despite this we are doing all we can protect Scotland’s culture and historic environment. We will continue to support the screen sector, maintain funding levels for the Youth Music Initiative, continue to reinforce Creative Scotland funding after a significant drop in lottery income, and invest in key infrastructure to drive forward our multi-billion pound tourism industry.

“Against the continued uncertainty of Brexit, we have sought to give assurance, protection and continuity to our culture sector, while dedicating resource to our external network.”

Creative Scotland has been racked by crisis this year. In February it reversed a decision to drop five organisations from its regularly funded portfolio following heavy criticism, and the then Chief Executive Janet Archer resigned in July, having admitted to a parliamentary committee that the process had “severely damaged” the organisation’s reputation.

The budget will now be debated by the Scottish parliament, with a final vote due in February.

21/12/2018 - The article was amended to reflect the fact that the budget for 'Creative Scotland and other arts' includes a small proportion of funding that is not managed by Creative Scotland.