New economic estimates show the sector is worth twice as much as sport in a good year. 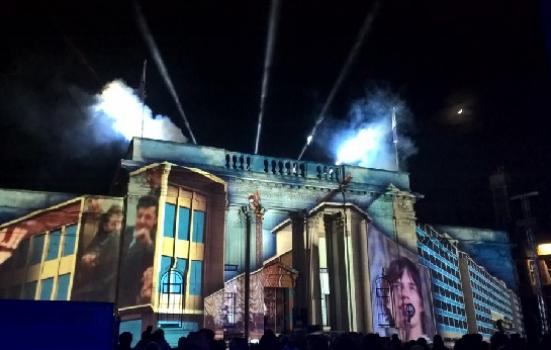 Events like Hull City of Culture, pictured, contribute to both culture and tourism outputs
Photo:

Figures from DCMS show the cultural industries were worth 1.8% of the nation's GDP last year.

According to the data, culture contributed twice as much as sport in 2019 (£17bn) and more than agriculture (£13bn) and gambling (£8.3bn) combined.

2019, like 2015, was a bumper year for culture. Still, its economic contribution has grown faster since 2014 than UK industries' as a whole.

It's likely the sector is being undervalued: a technical report by DCMS says the "significant limitations" of official business categorisation mean "there are many cases where culture forms a small part of an industry classification and therefore cannot be separately identified and assigned as culture".

But these figures also reflect a pre-pandemic economy. With research indicating the size of the cultural sector and its workforce could shrink by up to a third, the 2020 edition will doubtless look very different.

Culture's resounding economic impact doesn't necessarily evidence the success of the arts or their economic value to other sectors.

The film, television and music subsector contributed £21.7bn in 2019, or 62.9% of the £34.6bn generated by cultural organisations and workers.

Film, television and music was also responsible for most of culture's economic growth - 86% last year and 64% since 2010.

However, the 'arts' subsector, which includes performers, writers and visual artists, was the second largest contributor to growth in the cultural sector, accounting for 6% of growth in 2019 and 25% this decade.

The cultural industries touch on more sectors of the economy than any other under DCMS' purview. For example, heritage is considered both part of the cultural and tourism sectors.

Arts and museum activities, as well as film, television, music and radio, are also contributors to tbe blockbuster value of the creative industries.

They are responsible for most of the growth among DCMS sectors since 2010 - 71.9% when tourism and civil society are excluded - having increased their value by 43.6%.

This is much faster than the UK economy, which grew its gross value by about 15% over the same period.

Creative Industries Federation CEO Caroline Norbury said the wealth generated by the sector was "huge and incontrovertible" but that "a new level of certainty" was needed in 2021.

"With the right support, and, crucially, clarity about what lies ahead, our world-leading creative sector can not only recover, but lead the UK’s regeneration as we reposition ourselves on the world stage."

While film, television, radio and photography were a large contributor (39% of growth) last year, 40.6% of the creative industries' value lies in IT, software and computer services.

Advertising and marketing has also grown quickly (19% last year) and design and designer fashion has more than doubled its economic value since 2010.