MPs are warned that, for some attractions, "this year might be more financially challenging than the last two". 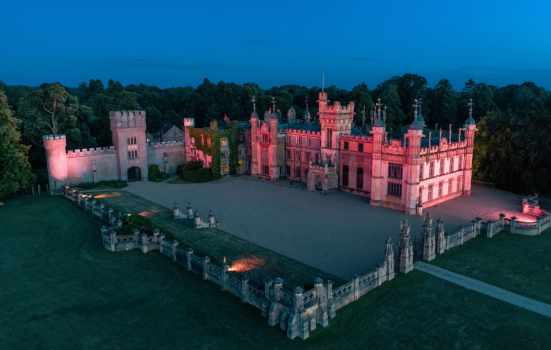 The UK’s tourism industry could suffer its equivalent of long Covid for three or four years, a parliamentary inquiry has heard.

MPs heard that while Brits who enjoyed staycations last year could now holiday abroad, overseas travellers to the UK were unlikely to return in big numbers.

“This year there’s a danger of double jeopardy with a depressed staycation market and depressed inbound market too," Donoghue said.

Attractions like St Paul’s Cathedral, the Tower of London, Edinburgh Castle and Stonehenge experienced a collapse in visitor numbers last year to 4% of usual levels.

"For some, this year might be more financially challenging than the last two."

Donoghue said the international market is highly dependent on the vaccine rollout abroad.

"We know that when overseas visitors come back, they want to come back to the UK first, which is fantastic, but we won’t receive the number of people we received in 2019 until about 2024/25."

Retaining the VAT rate reduction at 12.5% could further extend a lifeline to cultural tourism, the inquiry heard.

While the Culture Recovery Fund has given tourism businesses stable footing, Donoghue said a review of business rates and support for freelancers could improve the current situation.

He said requiring EU students to have passports rather than ID cards had been a “devastating” loss for language schools and caused difficulties for school visits, and that a talent drain, particularly in theatre, film and television, has emerged as freelancers seek more secure employment.

“It’s vital that we find a stimulus for people to enter these industries as a lifelong career and we would love to have more support to enable that to happen," she said, calling for a review of VAT on structural repairs for listed buildings.

In 2019 more people visited the V&A, Natural History and Science Museums than Venice, while Scotland’s top ten attractions drew more visitors than the whole of Australia and New Zealand.

“We are good at tourism in the UK, globally good, but there are things we could do better,” Donoghue said.

Improvements could be made in the regional spread of tourists - 52% visit London - and in persuading them to stay longer and spend more.

Film and television-related tourism remains a strong motivation, with Screen Yorkshire Chief Executive Caroline Cooper Charles saying the industry capitalises on filming locations for series like Bridgerton and All Creatures Great and Small.

Donoghue commented: “But being the resilient sector that we are, we are trying to come up with creative solutions, rather than assume it will be the end of what is Britain’s fifth biggest industry."