Nine out of ten adults engaged with a cultural activity in 2015, but the Scottish Household Survey reveals engagement is lower in disadvantaged areas. 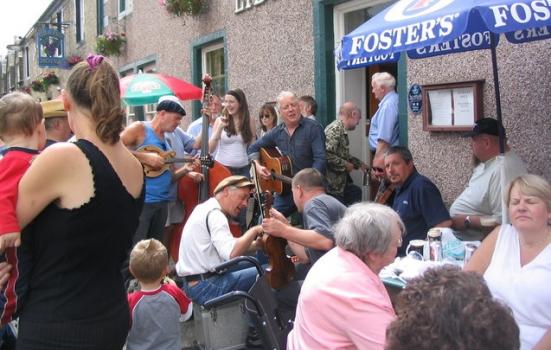 Cultural engagement in Scotland has risen to an all-time high: 92% of adults engaged with a cultural activity in 2015, according to the findings of the Scottish Household Survey.

When trips to the cinema are excluded, the proportion of the population who attended a cultural event in 2015 stands at 75%. This figure has risen from 70% in 2012.

When reading for pleasure is excluded, 52% participated in a cultural activity in 2015, up from 48% in 2012. The next most popular activity was doing creative work on a computer or social media, followed by crafts. 14% had participated in dance and 12% had played a musical instrument.

After the cinema, theatre and non-classical live music tie for the position of second most popular cultural event to attend: 34% had attended in the past year. 20% had visited a gallery; 15% had attended a ‘culturally specific festival’, 12% a dance show and 9% a classical music performance or opera.

Street arts is one of the few categories that has seen a significant increase in engagement: 18% attended a street art event in 2015, up from 12% in 2012.

Cabinet Secretary for Culture Fiona Hyslop welcomed the figures, saying they were “testament to our on-going commitment to prioritising our investment in culture”.

She continued: “There still remains a challenge in helping ensure older people, those with no qualifications and those in the most deprived areas are provided with opportunities to engage with culture.”

Those without a degree and those living with a long-term physical or mental health condition were also less likely to engage in the arts.

Hyslop said: “We know people who participate in culture are more likely to report good health and life satisfaction than those who do not. We also know that those who engage in cultural activity in earlier years are more likely to participate and attend when they are adults, regardless of parental background of wealth or poverty. It’s therefore vital we create the conditions to enable young people to access and engage in culture and the arts.”

Minories art gallery to close due to coronavirus pressures

Friday, 05 June 2020
Financial pressures have forced The Minories art gallery in Colchester to close. The leaseholder is Colchester Institute, which had been subsidising the gallery from its core funding for a number of... read more
(Daily Gazette)

Thursday, 04 June 2020
“Challenging” conversations between cultural venues and their contract caterers are likely to be taking place as the lockdown is eased, warns a new report published by the Association of Cultural... read more