Four years after the scheme was launched, only a third of partnerships believe they are established and delivering. 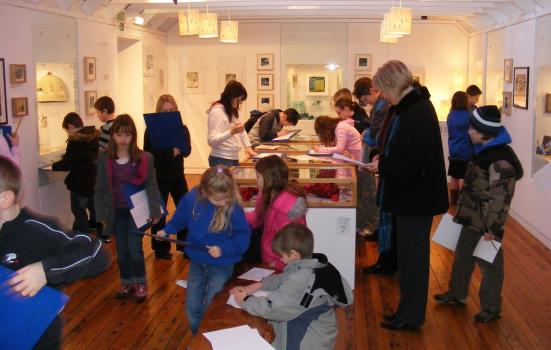 Arts Council England’s (ACE) Local Cultural Education Partnerships (LCEPs) are still struggling to get off the ground four years after being launched, according to new research commissioned by the funder.

The partnerships between arts organisations, educational institutions and local authorities were launched across England in 2015 as a key element of ACE’s ‘Cultural Education Challenge’. ACE intended the initiative to generate new ways of working “to make sure that all children and young people everywhere have access to great arts and culture”.

But a new report by BOP Consulting has found that only about a third of the partnerships think they are developed enough to be delivering on their goals.

The partnerships feel strongly that more funding is needed if they are to succeed – and they want ACE to consider providing this itself.

Based on feedback from LCEPs, the report also calls for a fundamental rethink of the existing approach to stop the initiative becoming bogged down in administrative inertia. “There is a need for something different from business as usual”, say the authors.

LCEPs are overseen by the ACE's ten ‘bridge organisations’ that have a remit to connect the cultural and education sectors across different parts of the country. The Arts Council has never earmarked any dedicated funding for the partnerships. Most of their income comes from the arts sector, bridge organisations and local authorities.

A report on the partnerships in 2016 found that issues including finance, staffing and partnership-building were already creating “multiple challenges which appeared to slow progress in some areas”.

It anticipated that more support would be needed in future, saying: “The more that partnerships are expected to be wide reaching with their offer and the more complex the demands placed on them in terms of relationship management and collaboration, the more key individuals reflected that they could only optimise outcomes by having some resources dedicated to their local cultural offer”.

Funding is a key barrier

The new report seeks to play down expectations for the partnerships because the institutions and infrastructure supporting them are being “acutely affected by squeezes in funding across the board”.

It says: “There is a need to understand that this is a slow-burning initiative and any measures of success or impact should bear this in mind. Not only are there acute resource challenges for most of the LCEP partners, the governance and funding arrangements for many schools are changing rapidly and constantly, as are the arrangements in local authorities where arts and culture teams are disappearing or being combined into other briefs. All of these factors imply that expectations for ‘progress and impact’ should be set on a case by case basis and be as realistic as possible.”

The report says “the strongest reported barrier for sustained growth and upscaling of LCEP work was future funding – nationally or locally. There was a strong recognition that in time additional funding will be needed to pay for the resources required for this sort of programming, as well as budgets for putting on events. It was suggested that Arts Council England should consider what it’s future role may be in terms of providing funding or helping to generate further income for the work”.

The research also blames “the cramping effects of the EBacc and Progress 8, and cuts to cultural funding in schools” for the scheme’s difficulties, saying “it is arguable that the Cultural Education Challenge remains challenging in the current educational policy context”.

The report says that in interviews with CLEPs “it was suggested that now is the time to refresh the objectives of the Cultural Education Challenge; recognising the strong achievements and energy thus far, but also acknowledging the increasingly difficult structural factors that limit progress (e.g. EBacc, DfE not being supportive of creative learning, austerity and cuts in local authority funding, increasing need and dwindling local infrastructure).”

“There is a need to be more radical in how the Cultural Education Challenge is refreshed and positioned to support the work of the LCEPs,” it adds. “There is a need for something different from business as usual and more ‘bums on seats’, towards something that is truly representative and celebratory of the great cultural diversity across the country, particularly that being invented and reinvented by the country’s young people.”

The author of the baseline research on LCEPs in 2016, David Parker, told ArtsProfessional he was not surprised that there had been slower than expected progress. “The Arts Council are asking people to work within existing limits, both in terms of funding and regular staffing capacity,” said Parker. “They’re already busy people so that puts a bit of a strain on them”.

He said the latest research revealed that “there were still quite a lot [of LCEPs] who were creating boards, having strategic conversations, making sure they had the right partners around the table. And that phase takes a bit of time if you’re not going to come about some funding to give people time to do the strategy”.

Despite the scheme’s difficulties, Parker said dynamic and well-connected individuals had driven some LCEPs to make good progress, and that in some places the scheme had led to innovative projects, such as a card that enables access to cultural events in Cambridge.

A spokesperson for ACE said: “Since LCEPs were launched in 2015, there are now 100 spread across the country. We consider them to be a terrific example of what partnership working can do in a local area, responding directly to specific needs. Partnerships between cultural organisations, schools and a range of other service providers for young people are critical to achieving a co-ordinated cultural offer for all children and young people across England.

“Understandably, given the different local contexts, timelines to becoming established and delivering partnerships will fluctuate. To help address this, the Arts Council currently has an open tender looking for a supplier to support the development of LCEPs, helping to accelerate progress through sharing learning, leadership development and profile raising.

“As we continue to consult on our next 10-year strategy we will be considering how best we might support these collaboratives going forward, whether through funding or other delivery means.”