Just one in ten of the arts organisations participating in Nesta’s matched crowdfunding programme said the effort they put into the project was too great in relation to the benefits. 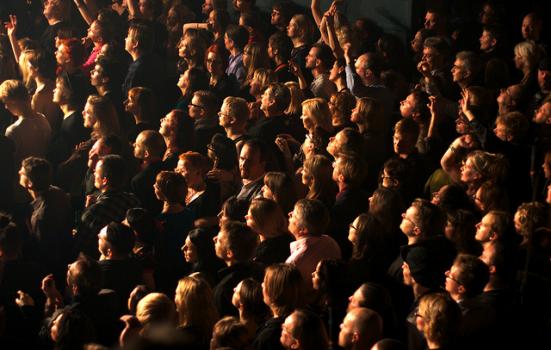 A higher public profile and new audiences are among the long-term benefits generated by crowdfunding campaigns, according to research by the innovation foundation Nesta.

Following up with the 52 organisations that took part in its year-long ‘matched crowdfunding’ pilot that ended last year, Nesta found that 82% of survey respondents agreed that the campaign had boosted their public profile.

Three-quarters (76%) agreed their organisation had built new audiences that it would continue to engage with. And a similar proportion (74%) said they had used the new skills they learned at least once or twice since completing the campaign.

The research is the second report into the programme, which ran between September 2016 and October 2017. The scheme supported arts and heritage projects that aimed to raise between £4k and £40k through donations. This was then boosted with 25% or 50% in match funding.

A previous study on the scheme by Nesta found that when a project was match funded, participating organisations increased their average donation by 17%, and over three-quarters of crowdfund backers gave more than they usually would. The pilot projects also attracted new supporters and different sorts of fundraisers.

For the latest research, participants were also asked about whether the crowdfunding campaign had distracted from more important work Only 14% agreed, and only 11% thought  the effort involved in setting up and running the campaign outweighed the benefits of the project.

Four out of five (82%) said that since finishing their crowdfunding campaign, the organisation had invited people to events related to the project, but only about a fifth said they had sought ideas and feedback on this venture (21%) or asked for funding for other projects (21%).

The report highlights six case study interviews exploring the longer-term benefits and challenges of crowdfunding for individual projects. These include the UK premiere of an American musical, and an app that describes a geological history of the Earth through science and poetry.

In a blog, Nesta said that the pilot programme highlighted how the short-term benefits of crowdfunding translated into longer term impact: “The majority of respondents indicated that the hard work involved in running a crowdfunding campaign was ultimately worth the rewards and that the matched funding element would significantly increase their likelihood of undertaking further crowdfunding”.