Pleas for further income support during the four week wait are unlikely to be heard but an insurance scheme may finally come to fruition. 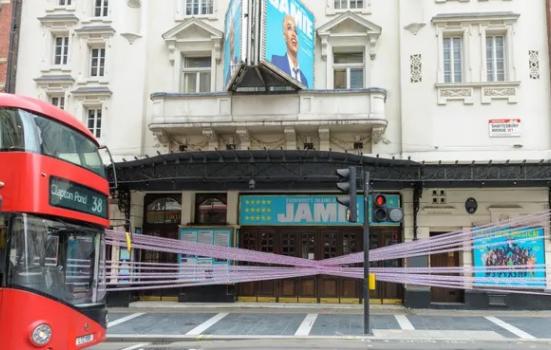 Further support is needed if the arts sector is to survive the four week delay to fully reopening, the Government has been warned.

Industry organisations were dismayed by Prime Minister Boris Johnson's announcement on Monday (June 14) that postponed stage 4 of the roadmap until July 19, citing a need to "ease of the accelerator" as Covid cases rise but reserving the possibility of proceeding sooner if the public health situation improves. Nicola Sturgeon says restrictions in Scotland are likely to last beyond June 28; Wales has not set out a timeline.

The setback, while not unexpected, is "a crippling blow" that will cost millions of pounds and put thousands jobs at risk, lobby groups said.

The Music Venue Trust said the delay will cost the sector £36m and force the cancellation of more than 4,000 shows; research by LIVE estimated the cost of losing more than 5,000 events at £500m.

"We are losing creative talent from our industry and we cannot build back better without it."

However, additional income support is unlikely, with Chancellor Rishi Sunak said to believe the furlough and Self-Employment Income Support schemes in place until the end of July are sufficient.

What may emerge soon is a delivery plan for the remaining £300m of Culture Recovery Fund money, which sector groups are now pleading for, or a long-awaited public insurance scheme for live events.

The Telegraph reports that a state-backed ticket underwriting scheme has been agreed in principle although Treasury is yet to green light any such initiative.

The problem with the delay is that suppliers, producers and audiences will lack the confidence to plan ahead, associations say.

The Music Venue Trust has been critical, saying it explained to Government the costs of waiting.

"The Government also knows that this delay provokes a crisis of confidence in key stakeholders within the sector - landlords, freeholders, service suppliers, creditors - which requires immediate action or we risk seeing a wave of evictions and business closures."

Audience confidence is actually increasing: the Insights Alliance's tracker shows confidence levels among returning audiences are at their highest since October, with 78% wanting to book events by Autumn.

Njoku-Goodwin said the sector supported the Government's pilot events programme and it is now time for that support to be extended in kind via income supplements, extended business rates relief and an insurance scheme.

"Confidence will be at rock bottom within the sector... festival and event organisers desperately need that safety net from the Government so they can plan with confidence and avoid financial ruin if the rules change again."

Theatres Trust Director Jon Morgan and UK Theatre Chief Executive Julian Bird said the delay is understandable but presents difficulties for theatres that had already committed resources towards a fuller reopening, knowing that operating at reduced capacity is not sustainable.

Fleming concurred: "There's no dispute that public health comes first but the Government can't just expect a limitless reserve of resilience from our industry."

Inconsistency in the official response to the pandemic has been called into question, with this delay heightening demand for Government-backed insurance.

The need to hold off reopening perfectly exemplifies why such a scheme is necessary, associations said.

"Businesses have gone to great expense to put plans in place for beyond 21 June, which will now be postponed or cancelled, once again plunging them into a protracted period of uncertainty," Norbury of the Creative Industries Federation commented.

"Our world-leading museums, theatres, cinemas and live venues have already shown that through their tireless efforts they have been able to open up and provide safe environments for visitors and audiences to enjoy."

Music Venue Trust too cast aspersions on the Government's approach to containing the virus.

"The Government’s position that such activities present a unique and special danger if a live band are playing is neither believable nor supported by the science."

If the risk is behavioural, the Government should supply evidence to support this, the trust said.

Detailed findings from the Events Research Programme of test events should be released urgently, it added.