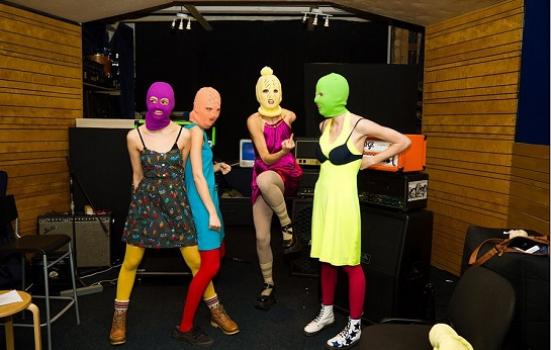 Funding pressures, digitisation and the dominance of global players in local markets are among the pressing challenges facing the culture and creative sectors in Europe, according to a new European Union (EU) report.

The study for the European Parliament's Committee on Culture and Education (CULT), which looks at key future developments, challenges and opportunities for the sectors, provides a pre-Brexit snapshot of where Europe is – and where it might go following the UK’s departure. The Government has guaranteed it will underwrite any EU funding that UK cultural organisations lose in the event of a no-deal Brexit.

The report describes the EU as being at a “turning point” due to societal and political challenges such as social cohesion, rising extremism and populism, global competition and “environmental emergency”.

The culture and creative sectors, it says, have an important role to play in addressing these issues and can act as a positive, unifying force: “In the face of current political, economic [and] environmental challenges threatening the social fabric, CCS are perceived as a source of resilience with cultural dialogue and exchanges playing a role in the diplomatic conversation.”

Setting out the context for the research, the report’s writers describe the 106-page paper as a “foresight scenario-based study which assesses the way the European CCS [culture and creative sectors] are already affected and could be affected in the future by economic, social, political or technologic changes”.

Looking forward to 2030, the report urges that policies relating to the creative and cultural sectors be put at “the heart of the European political agenda”.

The report describes the creative and cultural sectors as being in the midst of “an ever-changing environment which challenges practices, business models and market balances”.

Citing challenges ranging from artificial intelligence to the rise of populism to “economic crisis recovery”, it states that public investment in culture in the 28 EU member countries (EU28) reduced by 3% between 2007 and 2015, with per capita numbers falling by 4.77% in the same period.

In 2016, the average expenditure on culture in the EU28 was 0.45% of GDP.
The report says the EU’s Creative Europe programme of funding, which has sought to offset decreasing national-level public funding, is in “high demand” but “under-resourced to address this demand, making the competition very high”.

It adds that there is a need for the creative and cultural sector to “explore new or alternative business models to remain sustainable while preserving their values and achieving their mission” given the limitations on public sector support.

Funding from the private sector, however, continues to be difficult with most creative or cultural SMEs “frequently turned down by investors” – in part because of perceived characteristics such as a “lack of business and managerial skills [and] dependence on public investment schemes”.

The report describes new technologies as a “game changer” in the sector, with digital developments also presenting many challenges for the future.

It says that “with 67% of individuals in the EU using the Internet for reading books, newspapers and magazines online, more than half (51%) for playing or downloading games, images, films and music, and 31% listening to the web radio, the digital transformation of cultural consumption is a fact”.

It continues: “An increasing number of consumers have access to more (quality) creative content at lower costs, as content creators benefit from reduced production and distribution costs which have lowered barriers to entry and deliver content on a wider range of devices.

“The direct link with consumers has facilitated an increasingly competitive environment that has led to the developing of new business models in most creative industries, along with new revenue streams for creators and rights holders.”

While recognising that the impact has been significantly different from one creative sub-sector to another, it says that “digitisation and emerging technologies have generally brought substantial benefits to consumers by democratising their sources of information and creativity, and to creators by orientating a growing proportion of revenue flow back to them”.

However, it cautions that large international online businesses such as Netflix, Google and Amazon dominate the digital platform economy and can represent a threat to the independent creative and cultural sector, adding that “the development of a unique European VOD platform to counteract the dominance of these non-EU platforms could be envisaged”.

At present, however, a “fair digital marketplace” that benefits the entire sector, and in particular the smallest operators, “is yet to be established” across Europe.

Other challenges facing the sector that are addressed in the report include diversity in the workforce and the environmental impact of cultural activity.

•    Cultural diversity: in response to the digitisation of culture and the increased focus on consumer preference that comes with this, it calls for  measures to ensure that diversity is not overlooked in the digital sphere

•    The labour market: due to the fragmented and often volatile nature of employment within the culture and creative sectors, it proposes that current labour market rules and social security rights should be looked at to determine if they are fit for purpose

•    Skills and education: the creative and cultural sectors should be better incorporated into programmes for skills development

•    Sustainability of businesses and organisations: including better support for creative and cultural entrepreneurship while also ensuring the value of non-profit organisations is recognised and supported

•    Diversity and inclusiveness: research should be commissioned to establish the diversity or otherwise of the sectors’ workforce. It also proposes that the diversity of audiences should be monitored

•    The role of arts and culture in European democracies: in the face of threats to artistic freedoms across Europe, and the possibility of increased censorship of the arts, the report proposes, amongst other things, that the European Parliament should organise a ‘yearly event or exhibition, where exchanges and discussions could be held between MEPs and artists”.