The launch follows research into the power of match funding to boost public donations to arts organisations and increase fundraising skills. 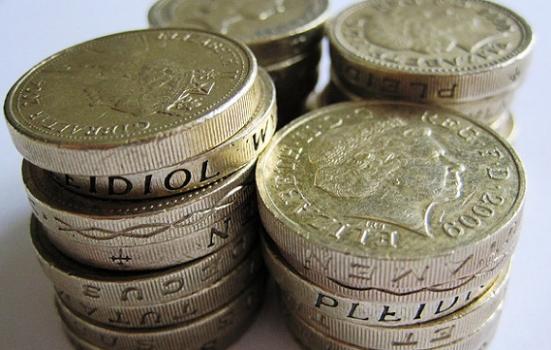 Images_of_Money on Visualhunt.com / CC BY

Launched by Creative Scotland, in partnership creative consultancy Paved With Gold, Crowdfunding Creativity will offer seven campaigns up to 25% in match funding, up to a maximum of £5,000.

The arts funder has also published a new report offering guidance on crowdfunding platforms and models. It follows research in England that highlighted the importance of match funding in increasing the size of crowdfunded donations.

Clive Gillman, Director of Creative Industries at Creative Scotland, said the new scheme is designed to give people the chance to develop skills and grow their audience “while having the opportunity to access partnership funding”.

“We believe it will help creative businesses in Scotland to diversify their income streams through partnering with their supporters and audiences to develop new work,” he added.

Crowdfunding is becoming an increasingly important part of arts funding, and more funders are beginning to incentivise it. Around £1m was granted through matched crowdfunding schemes for social or culture projects in 2016, according to innovation foundation Nesta, which predicted this figure would “rise substantially” in 2017.

The new report commissioned by Creative Scotland, and produced by Paved With Gold, recognises that for some arts organisations “crowdfunding can be the difference between a project happening or not”.

“As competition for funding increases and available funds shrink, crowdfunding is becoming a viable way to generate the early-days financial boost projects need to get up and running,” the report reads.

The report also highlights where arts organisations can find financial backing for crowdfunding projects, and case studies of successful campaigns.

Its publication follows conclusions from a recent government-backed pilot programme in England, coordinated by Nesta, that the average donation to arts organisations increases by 17% when crowdfunded projects are backed by matched funds.

The programme found over three quarters of backers gave more than they usually would, and over two-thirds of participating fundraisers said the process helped improve their pitching skills.

Crowdfunding Creativity is open for applications from individuals, groups and creative businesses until 2 July 2018.