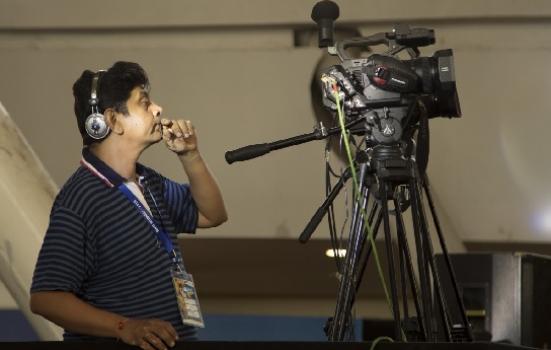 The new organisation will extend its remit to become "larger and more representative of the UK's creative industries".

Creative England and the Creative Industries Federation have jointly announced they will merge, with Creative England's CEO becoming responsible for the day-to-day business management of the new organisation.

The Creative Industries Federation (CIF), which advocates on behalf of the UK’s creative and cultural industries, will join forces in December 2019 with Creative England (CE), which helps to develop creative businesses based outside London. Creative England’s CEO Caroline Norbury MBE will become the new Chief Executive of the joint venture, with the current Chair of the Creative Industries Federation, Rick Haythornthwaite becoming the new Chair.

The move is intended to combine the skills and expertise of both organisations under one roof: the UK-wide membership and networks of Creative Industries Federation with the business development support skills of Creative England. Both organisations hope this will result in boosting career and business opportunities of creative talent based outside the capital, through improving connections between small-scale cultural businesses with the expertise of commercial partners and established brands.

The Creative Industries Federation was formed in 2014.  Under the leadership of John Kampfner and founder John Sorrell as Chair, the organisation quickly became established as the leading advocate of the cultural sector’s economic value. CIF raised the Government's awareness of the contribution to UK growth made by the creative industries, a sector that in 2018 DCMS valued at £101.5 billion. In five years CIF’s business focus has expanded from its earlier emphasis on policy and research to also providing its 10,000 members with networking opportunities and events. However, despite regularly running networking and events across the country, CIF’s work has been seen by some to be London-focused.

The new partnership is expected to improve the impact and insights of CIF’s advocacy work. By gaining from Creative England’s profile and presence beyond the capital, both hope that this will mean the advocacy becomes more representative of the UK’s creative industries. In return Creative England adds to its portfolio of business development access and expertise in lobbying and influencing London-based government and policy makers.

John Newbigin OBE, who is a former Chair of Creative England, said of the merger: "the fragmented nature of support for the creative industries, especially away from London and the South-East, means unrealised dreams, wasted talent and lost opportunities for growth in parts of the country that need it most. So, it’s great news when two of the most important support organisations, both with extensive regional networks, get together.

"Combining Creative England’s proven track record of investment, business support and talent development with the Creative Industries Federation’s wide membership, events and lobbying brings new and welcome prospects for growth and entrepreneurship in every part of our country.”

Creative England was founded in 2012 by its current Chief Executive Caroline Norbury MBE, who also sits on the Creative Industries Federation Council. Under Norbury’s leadership CE has increased its business focus, from supporting the growth and development of screen arts and film to investing in and developing new creative businesses and talent across film, TV, games, creative and digital media. Following more than £20m investment in the creative industries since 2012, Creative England will next month announce a new finance intervention, designed to enable an even larger number of creative businesses around the UK to grow.

A CIF spokeswoman said the new organisation would represent and support the "full range" of the creative industries: "for the first time, our advocacy will be genuinely representative of the industry in its entirety."

Norbury said: “Creative England and the Creative Industries Federation are coming together to ensure growth, inclusion and innovation for the creative industries is supercharged. By harnessing the combined impact of culture, commerce and creativity we can make much more than the sum of those parts.

"We will aim to strengthen the talent pipeline, supporting creative talent at all stages; work at the grassroots level to boost small creative businesses and ensure the right environment exists to enable creative success and inclusive growth right across the UK.”

CIF’s current Chief Executive is Alan Bishop, who joined in July 2018. Bishop has made no announcement of where he will move on to after the merger. However, prior to joining CIF he had announced his intention to retire after eight years as Chief Executive of Southbank Centre. He said of the merger: “It is crucial that we all work together more closely to secure the continued success of our creative industries. Given Creative England and the Creative Industries Federation’s shared mission we believe that we will be able to make more of a difference working together than alone.